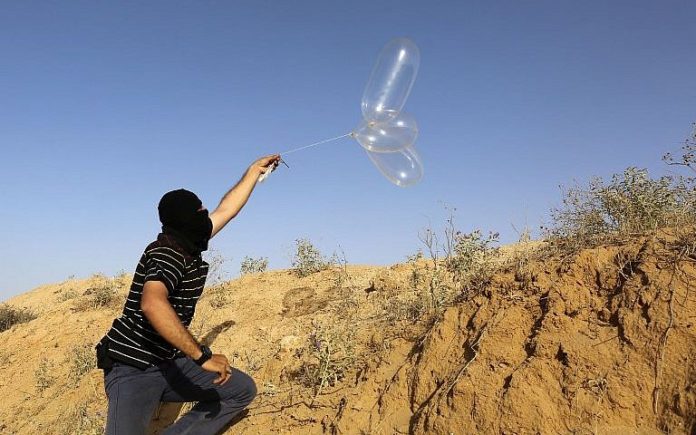 Six months have passed since the beginning of the terror attacks involving incendiary kites and balloons. Since that time, there has been a heavy environmental price due to the damage they have caused.

According to KKL-JNF figures, which has been on alert during the past half year, 11,920 dunams (2,980 acres) of forest and natural woodland have been set on fire in recent months.

At the beginning of the week, the Eshkol Regional Council’s fire and security forces engaged in fire extinguishing operations of a large fire that raged near the greenhouses in Moshav Ein HaBesor in Eshkol. According to witnesses to the fire, this was the largest fire that broke out as a result of the explosion of a balloon bomb.

Sources in the moshav told the soldiers that the fire apparently broke out following the explosion of a number of incendiary balloons from Gaza into Israeli territory. They also said there was no danger to the settlement.

A resident of the settlement told Ynet that “a resident of the area saw a balloon bomb landing and within minutes the fire broke out and we tried to bring it under control, but since this is a very dry area, the fire simply spread. It was very dangerous.”