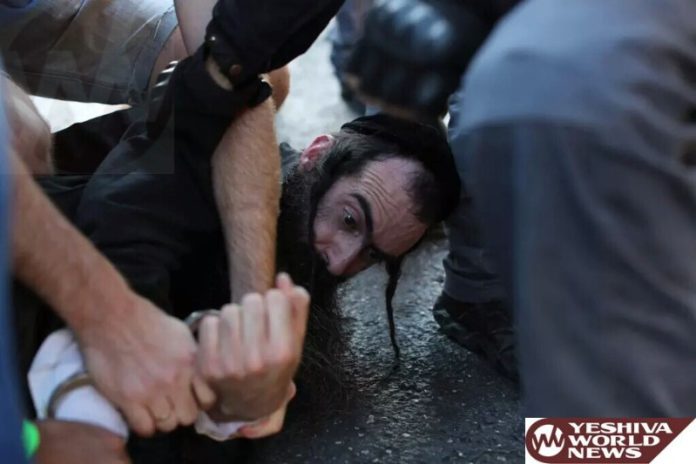 Yishai Schlisel, the chareidi man convicted of the murder of Shiri Banks, who was 16 at the time, during a Jerusalem toeiva parade a number of years ago, is once again in the news. Regarding Banks, ironically, she was not a parade participant, but looking on.

Schlisel, who portrays himself as being chareidi, was sentenced to life in prison plus 31 years. In his latest distorted battle for Yiddishkeit, he blocked a female Israel Prison Service (IPS) officer from entering a shul in the Torah Wing of Ayalon Prison, during a ceremony to complete the writing of a Sefer Torah. Schlisel insisted the officer was not dressed appropriately, and therefore, he decided she may not enter.

According to the report filed by Jackie Edmoker of Walla News, Schlisel ask that she leave the shul, adding prison officials report Schlisel told her she was not dressed appropriately, and her attire lacked modesty.

Another prisoner, who together with Schlisel objected to the officer’s entry to the shul, was sent to a waiting cell until his disciplinary hearing for his offense and will probably be sent to solitary confinement for a period of time.