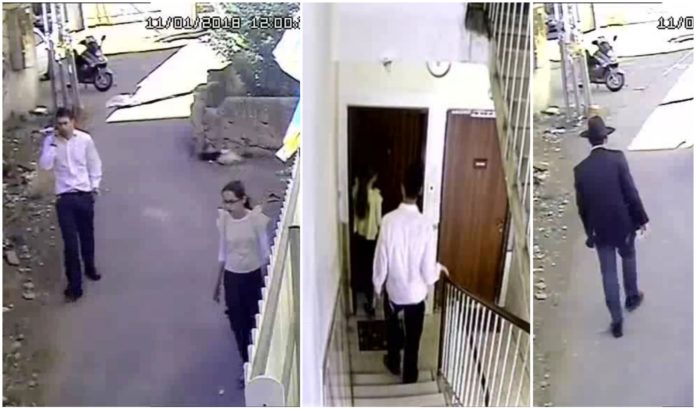 The footage is being published as an awareness, and in the hopes of preventing any such incidents, which can have life-long consequences.

A would-be attacker, appearing to be a normative Yeshiva Bochur, followed an innocent young Frum girl as she walked down a street. The girl appeared to notice something was suspicious based on how she swerves and attempts to steal a glance at the man behind her.

The suspect then followed her as she entered the building, and tries to act non-discrete while she unlocks the door to her family’s apartment.

B’chasdei Hashem, she senses as he tries to follow her inside, and begins shouting, scaring him away.

She then immediately informed a neighbor, an adult, to what had just taken place.

A police investigation is underway.

Parents are urged to take note of the actions of this brave Jerusalem girl, and to teach their children to be beware, begin screaming for assistance if attacked, and then immediately notify an adult to anything suspicious.