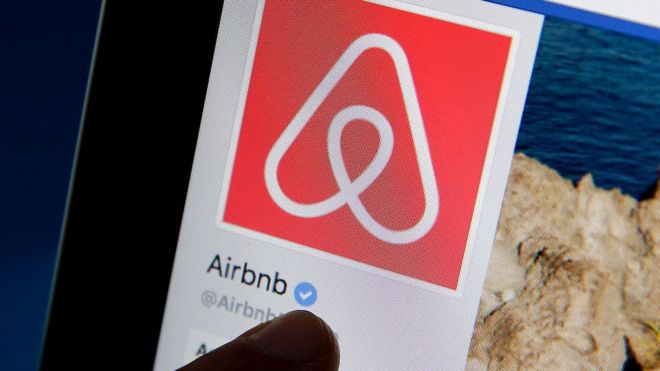 A group of Jewish American citizens have filed a civil rights lawsuit against Airbnb in the United States District Court for the District of Delaware alleging that the internet hospitality company has enacted a new policy discriminating against them based upon their religion.

Last week, the San Francisco-based Airbnb announced it was redlining Jewish-owned properties in the Judea and Samaria region of Israel to make a political statement concerning the Israeli-Palestinian conflict. Under this policy, Jewish property owners in the Yehuda and Shomron region would not be permitted to list their properties, while Muslim and Christian property owners in the same region would be free to list.

The lawsuit was filed under the The Fair Housing Act, Title VIII of the Civil Rights Act of 1968 as amended by the Fair Housing Amendments Act of 1988, (“FHA”) 42 U.S.C.§ 3601, et seq. This federal statute safeguards against discrimination in the housing sales and rental markets. The lawsuit asks that the court enjoin Airbnb from discriminatory practices against Jewish homeowners and seeks monetary compensation for ongoing lost rental income from Airbnb.

The plaintiffs are twelve Jewish American citizen families who own properties in Israel and one U.S. citizen individual who has utilized Airbnb’s services to rent properties in these areas. The lawsuit has been organized by the Israeli human rights law organization Shurat HaDin-Israel Law Center in Israel. The families are represented by New York attorney Robert J. Tolchin, Esq., Israeli attorney Nitsana Darshan-Leitner, Adv. of Tel Aviv, and David Eagle, Esq., of Wilmington, Delaware. The defendant, Airbnb is incorporated in Delaware.

Airbnb publicly announced its new redlining policy barring rentals of Jewish-owned properties last week and stated it would no longer agree to list these homes, which it claims are in Palestinian territories illegally occupied by Israeli settlers.

The plaintiff homeowners contend that Airbnb has caved under pressure from the extremist Boycott, Divestment, Sanctions (“BDS”) propaganda movement which seeks to delegitimize Israel and challenges its right to exist. The blacklisting targets only Jewish homeowners, while permitting neighboring homes owned by Muslims and Christians to be listed and rented out on its platform. Under this policy Airbnb permits listings from homeowners in an Arab village, but not from a Jewish town across the road. Demonstrating that it turns a selective blind eye to discrimination, Airbnb accepts listings from the Palestinian Territories where Jews are prohibited by Palestinian law from residing and where sale of property to a Jew is a capital offence.

Although Airbnb has sought to justify its policy because the region is politically contested, Airbnb has not enacted a similar policy against homeowners in other politically contested regions such as Northern Cyprus, Western Sahara, Crimea, or Taiwan. Hundreds of other similarly situated Jewish homeowners in Israel affected by Airbnb’s blacklisting could join the civil action against Airbnb in the future.

According to Shurat HaDin-Israel Law Center president Nitsana Darshan Leitner: “Airbnb’s new discriminatory policy has made it the poster child for the racist BDS movement. These Jewish American property owners were shocked by Airbnb’s blacklisting of their homes and intend to legally fight this new hateful policy. For centuries anti-Semites have sought to dictate where Jews can live, where they can travel, and what businesses they are permitted to engage in. Airbnb’s redlining policy is illegal and discriminates against these families based solely upon their religion. We are asking the court to put an end to Airbnb’s illegal policies and pay these families compensation. Just as Jews fought back against these anti-Semitic attacks at the time of the original Chanukah, we will continue to fight and defeat them today.”

Plaintiffs’ New York attorney, Robert J. Tolchin, Esq., said: “Imagine if Airbnb decided not to service Muslim homes in Oakland because they opposed growth of the Muslim community there. Nobody would tolerate that for a minute. Yet that is exactly what Airbnb’s policy is for Jews in the Yehuda and Shomron region. As a provider of a service to the public, Airbnb is not permitted to refuse to provide services to selected religious group to engineer who it thinks should be allowed to live where.”