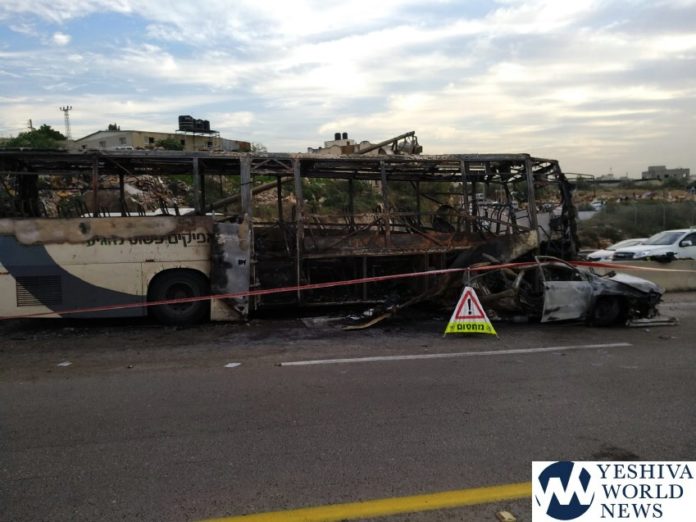 A fatal vehicular accident took place between a bus and a car on Route 5 on Thursday afternoon.

Magen David Adom responded to the scene shortly after 2:00PM, in the Yarkon District. The vehicle got trapped under the bus, and the bus, which was operating on its assigned route, caught fire as a result of the crash while traveling on Route 5 between Barkan and Oranit in Shomron, heading west.

Paramedics on the scene pronounced the female in the passenger vehicle dead on the scene. An approximately 50-year-old male in the vehicle was transported to a hospital in serious condition with serious trauma and third-degree burns, intubated and sedated. The bus driver, a male about 60, sustained light injuries, bruising, and he was taken to Beilinson Hospital.

B’chasdei Hashem the seven passengers on the bus, which was totally destroyed by flames, escaped without any serious injuries.

MDA paramedic Neria Katua, who was on the scene, describes the events surrounding the call. 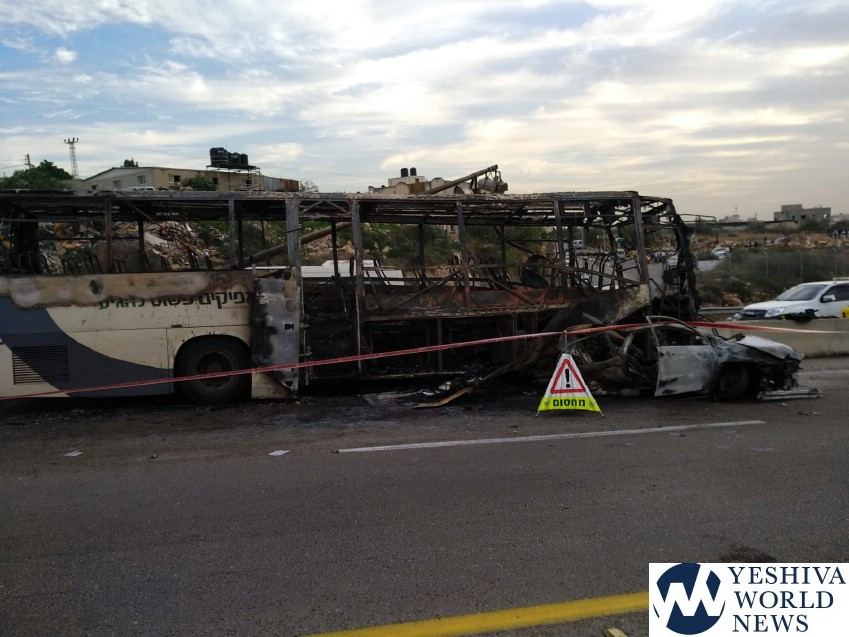 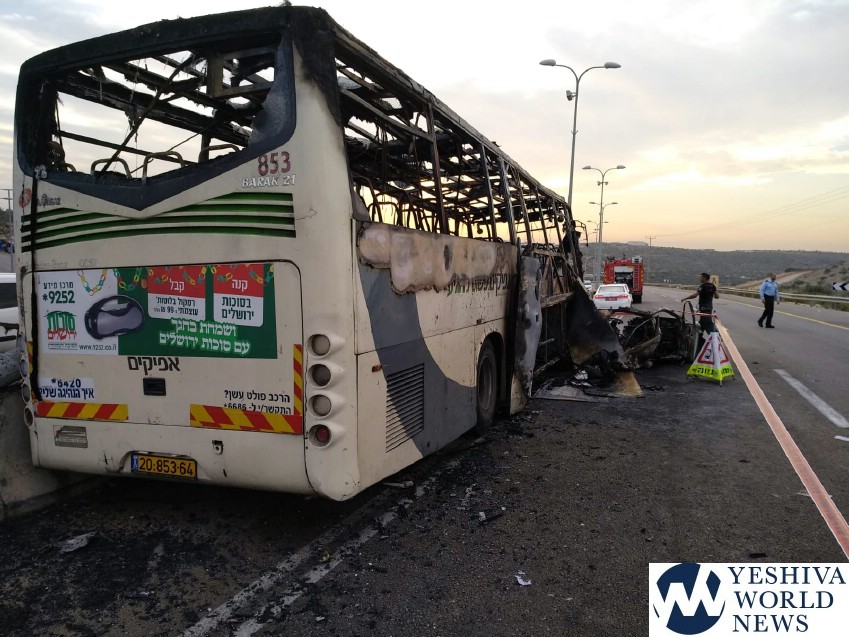