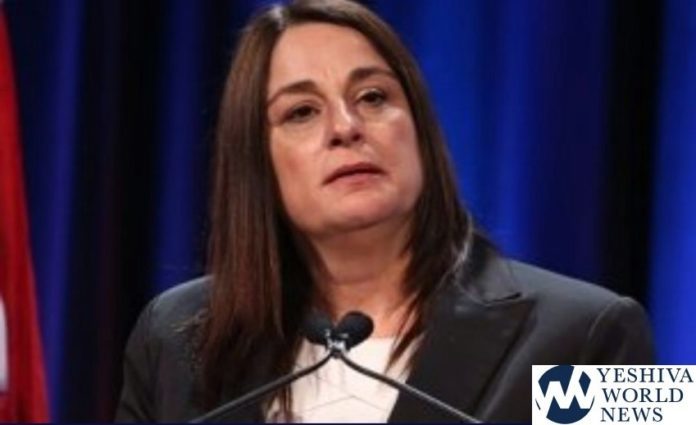 In her will, Mrs. Rona Ramon instructed her family to have her cremated R”L, albeit with noble intentions – to prevent her family from having to go through another funeral.

In his petition, attorney Shimon Ashur told the nation’s highest court that in addition to cremation being against both Jewish and Muslim Law, it would harm the public’s sensibilities. The court simply decided Ashur has no connection to the case, and therefore, he has no standing to present his case to the court. The court called his petition frivolous and compelled him to pay court fees.

Last week, Chief Rabbi of Beersheva HaRav Yehuda Deri called on the family in an urgent letter, asking them to ignore Mrs. Ramon’s request and to bury her in accordance with halacha, as reported by YWN.

At the beginning of the letter, Rav Deri expressed his condolences for the bereaved family and said that her passing had caused anguish to the whole of the Jewish people. “We feel your pain and are participating in your great mourning.”

He also described Ramon’s request for cremation to spare her family more suffering as “characteristic of her nobility” but went on to say that there severe consequences in Jewish law for cremation, and which states we do not adhere to the instructions of someone who requests not to be buried, especially when the request came about only in order to prevent unnecessary suffering to family members.

“I was shocked to hear this morning in the media that the deceased, with her characteristic nobility, asked not to be buried, but to be cremated to prevent another funeral and unnecessary suffering for the family.

“I appeal to you on behalf of many of the Rabbis and Dayanim of Israel and in the name of large parts of the nation to reconsider this decision and express your desire to respect the deceased with the appropriate honor for her, and bring her to a Jewish burial in the soil she loved so much and sacrificed for it that which was most precious to her. And there she should rest in peace.”

He said this should also be done “for the sake of her descendants who throughout the generations will be able to unite with her memory in front of her grave and her tombstone which will be an eternal witness that they had a great matriarch amongst Israel.”

Rabbi Dr. Yuval Cherlow, who is affiliated with Tzohar Rabbonim, called Mrs. Ramon’s request “noble but misguided”, in an effort to persuade the family to reconsider he request.