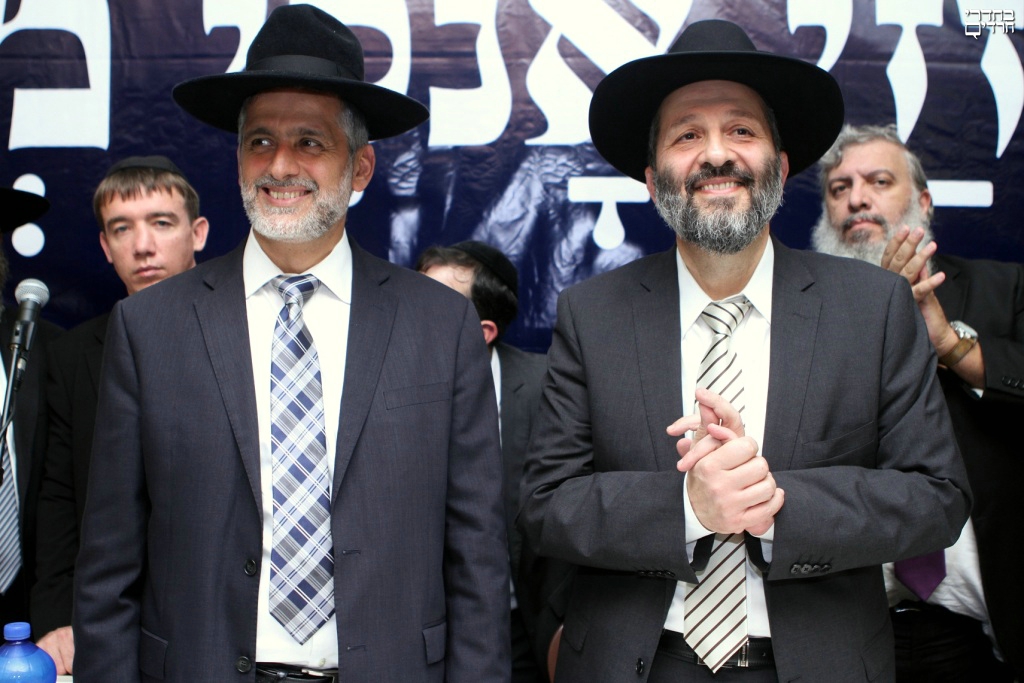 With a national election on the horizon in Israel, there is interest once again focusing on the former leader of Shas, now the leader of the Yachad party, Eli Yishai. Yishai’s party ran in the last election but failed to earn sufficient votes to pass the minimum threshold, and instead of entering Knesset, he was left with massive debt from the election campaign.

There is chatter surrounding the possibility of a united chareidi party, a union of Shas, Yahadut Hatorah and Agudas Yisrael, but in reality, this is not a likely scenario. In addition, minimal efforts to unite Shas and Yachad in the last election failed, as HaRav Shalom Cohen, head of the Shas Moetzas Gedolei Torah met with HaRav Meir Mazuz, Rosh Yeshivat Kisei Rachamim, with the latter being the rav of Yachad.

There are already rumors of a united Sephardi party, Shas and Yachad, which have led to Eli Yishai releasing a message to the media on Tuesday.

“Two years ago, during Chol Hamoed Sukkos, Rabbi Yaakov, son of Chacham Shalom Cohen Shlita arrived for a Yomtov visit to Maran, Rosh Yeshiva of the Yeshiva, Rabbi Mazuz Shlita. During the visit, Rav Yaakov expressed his desire to bring unity to the Sephardic community and proposed a peace agreement in the form of a joint running between Shas and Yachad on the basis of ‘Richrach’ (zipper in Hebrew, intended to mean flipping from position to position). The aim of such a proposal was to exploit the entire electoral system of Yachad and bring as many voters as possible for the united list.”

Yishai complains: “Unfortunately, despite the will of the entire Sephardic tzibur, Aryeh Deri vehemently opposed the peace proposal and chose dispute over unity. When you see the situation of the Shas movement in the polls, when it fluctuates around the threshold, the pain is even greater.

“The chareidi public faces the challenge – perhaps the greatest it has ever known – of a draft law that threatens the Torah world, and it is clear that only a strong chareidi representation can enact a proper law that will benefit talmidei yeshiva. Despite all this, Deri prefers to endanger the continued existence of the Shas Movement, provided that the majority of Yachad voters do not have representation in the Knesset.”

In conclusion, he writes, “It will not help him. Yachad, headed by Yishai, will run in the Knesset elections and B’ezras Hashem, will be elected. The proposal that Rabbi Yaakov Cohen received from the Rosh Yeshiva Shlita, is the only one that is relevant today, beside it, there was no further attempt on our part to join Shas.”