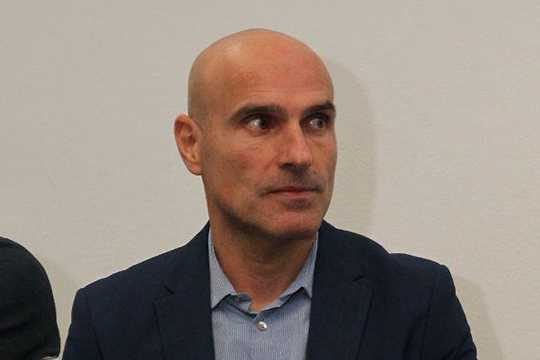 The Israeli judicial community has exploded after police of the Israel Police Major Crimes Unit, Lahav 443, arrested the head of the Israel Bar Association, Effie Naveh.

Effi Naveh, a member of the committee that appoints judges, appeared in court for an extension of his arrest in a case that has rocked the country’s legal system.

Police spokesman Micky Rosenfeld said the Lahav 433 investigative body was looking into “offenses of integrity” regarding attempts to appoint two judges. He said police have seized documents as part of the investigation.

Naveh allegedly abusing his powerful position as he stands accused of having had inappropriate relations with others while promising to advance their positions.

As head of the Bar Association, Nave held one of nine seats on the powerful Judicial Appointments Committee, which decides on placement and promotions for judges in Israel’s three-tiered judicial system. The position gave him an outsize voice in helping jurists advance in their careers, a role police suspect he exploited.

One female was appointed as a magistrate court judge and in a second case, the husband of a woman who allegedly had an inappropriate relationship with Naveh was appointed to a higher court, a district court post. These incidents reportedly took place in Eilat during the annual Bar Association Conference.

Naveh, who was released to absolute house arrest until January 23rd at 6:00PM, was released from custody during a Wednesday night hearing. He does not deny being friendly with the persons mentioned, as he is with many others, but denies all of the allegations against him, as do the others involved.

The scandal-plagued chairman of the Israel Bar Association announced his resignation on Thursday.

“I made the decision because the Bar Association is very important and dear to me,” Efi Nave said in a statement announcing the move.

“I don’t want my personal affairs, which I assume will conclude in short order, to hurt the vital work of the association,” he said, adding that he wanted to “thank all my friends for the path we have taken together, and to wish success to my successor.”

The Magistrate’s court justice appointed stated that she was not on the appointment list when this occurred in Eilat, adding, “What a person does in his/her own daled amos is the business of that person and no one else.”

It should be clarified that contrary to the rumors and unfounded information that has spread in recent days on social networks, the material collected does not raise suspicions about the appointment of other judges. The investigation is accompanied by the Central District (criminal) prosecutor’s office and is supervised by the State Attorney.

Israeli media reported that Israel’s attorney general recused himself from the case because of his friendship with the main suspect and that the country’s justice minister and chief justice of the Supreme Court will be called to testify.

There is a partial gag order in place regarding the ongoing investigation.