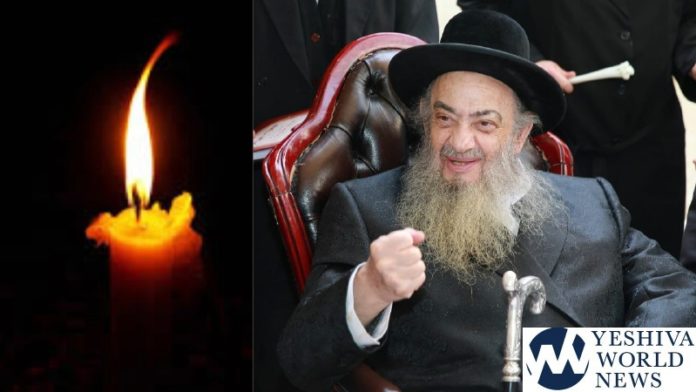 Mekubal HaRav Zevulun Hamburger ZT”L was niftar in Yerushalayim on Monday, at the age of 78. While he lived in Moshav Gamzu, in his later years the rav was living in Jerusalem.

The niftar authored numerous seforim during his lifetime, including Shaare Zvul on Torah, on Shas, and the Pesach Haggadah – released last year.

As a youth, he studied by the Tchebiner Rov ZATZAL, but his “Rebbe Muvhak” was HaGaon HaRav Nachum Partzovitz ZT”L, the ROsh Yeshiva in the Mir Yerushalayim.

During his lifetime, he would write on matters of kabbalah with HaGaon HaRav Yaakov Edelstein ZT”L, and was known as an expert regarding matters of one’s palms and face, but rarely used this ability.

The niftar was hospitalized in Jerusalem’s Shaare Zedek Medical Center, and then he was moved to Hadassah Hospital, where he was niftar during the night.

The niftar is survived by a brother and sister. The shiva will be at 53 David Yellin Street in Jerusalem, each day from 4:00PM to 8:00PM. Sitting shiva are families Segal, Har Zahav and Gutstein.