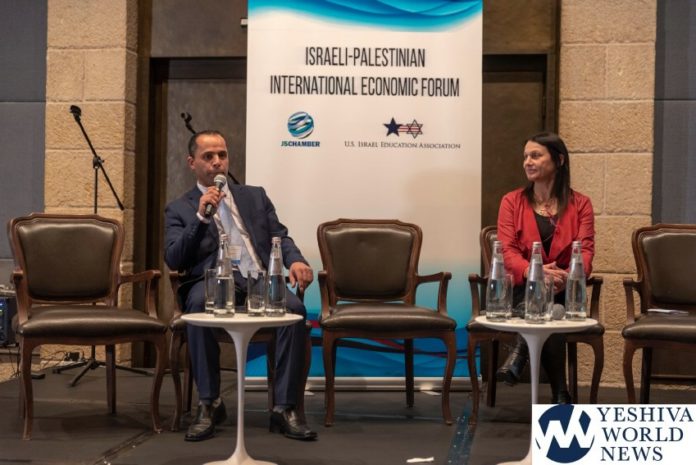 An economic initiative aimed at advancing economic opportunities in Yehuda and Shomron (so-called West Bank) was launched in Jerusalem on Wednesday with the active participation and support of both Israeli and Palestinian business leaders. The mission of the project, known as the “Judea Samaria Regional Development Financing Initiative” (RDFI) is to integrate economic planning as well as to advance joint entrepreneurship between Israelis and Palestinians who live in the “West Bank”.

Leading the initiative is the Judea-Samaria Chamber of Commerce and Industry (JSC), an organization founded on such a partnership by an Israeli, Avi Zimmerman and a Palestinian, Ashraf Jabari. “We are working on taking down borders, and both Israelis and Palestinians need to take part in this,” said Jabari, a businessman and community leader from Hebron. “We need to breach this wall. We must first create good links and good relationships not just in the ‘West Bank’ but all over Israel so we can achieve our desired goal.”

Such barriers and walls exist as a result of political realities on the ground among which include anti-normalization policies of the Palestinian Authority and mobility restrictions from Israel’s security policy in the ‘West Bank’. Through the RDFI, the JSC is attempting to help businesses in the ‘West Bank’ break through or go around such obstacles. In achieving that mission, JSC has started a process that is mapping out prospective partnerships and opportunities in various sectors in the ‘West Bank’.

“The JSC initiated in partnership with US Israel Education Association (USIEA) the Israeli Palestinian International Economic Forum that will promote business opportunities for all of the residents in the region,” said JSC co-founder, Avi Zimmerman. “The process that we launch today begins with developing an inventory of projects in the fields of tech, industry, tourism, environment, energy and infrastructure.”

“In tandem with that process, we are building the financial tools to be able to develop investments that will go towards those projects with two separate models: one is a short-term standard investment fund with a focus on enterprise and the second a long-term bond bank model with a focus on infrastructure investment,” Zimmerman added

The financial tools and models will help with finding the best ways in which both populations of Yehuda and Shomron can open up doors and mutually take part in Israel’s continued economic development. “We are taking Israeli-Palestinian business-to-business relationships to the next level with a strategic view to the future of the region. We’re creating the frameworks necessary to incentivize business investment which will serve both populations,” Zimmerman explained.

The RDFI received the blessings and praises of Israeli Minister of the Economy, Eli Cohen. “The State of Israel is a country of innovation and technology,” said Cohen during his address at the forum. “There is a term we use called, ‘Tikkun Olam,’ which means ‘repairing the world.’ We are trying to make the world a better place, and we use technology to make Israel a better place. I congratulate all those who took part in organizing this important meeting here. Its fruits will be reaped in the economy through joint action.”

USIEA and its executive director, Heather Johnston are motivated to ensure that many such fruits be created. “In partnering with the JSC, we are doing what we can to help Israelis and Palestinians in the West Bank seize upon existing opportunities to build a promising and sustainable economic future,” she said.

USIEA has played a leading role in informing members of Congress and officials in the White House of JSC’s projects. The USIEA has also succeeded in forging relationships between US and Israeli officials as well as in bringing US congressional delegations to experience Israel and Yehuda & Shomron firsthand. More recently, USIEA arranged for US Ambassador to Israel, David Friedman to visit Yehuda and Shomron and Palestinian and Israeli businesses in the region.

The forum continued on Thursday at the King David hotel in Jerusalem with the participation of dignitaries such as US Ambassador David Friedman, former Israeli Ambassador to the US, Michael Oren and US Senator James Lankford. There will also be a gathering and meeting between mukhtars and mayors from areas of Yehuda and Shomron. 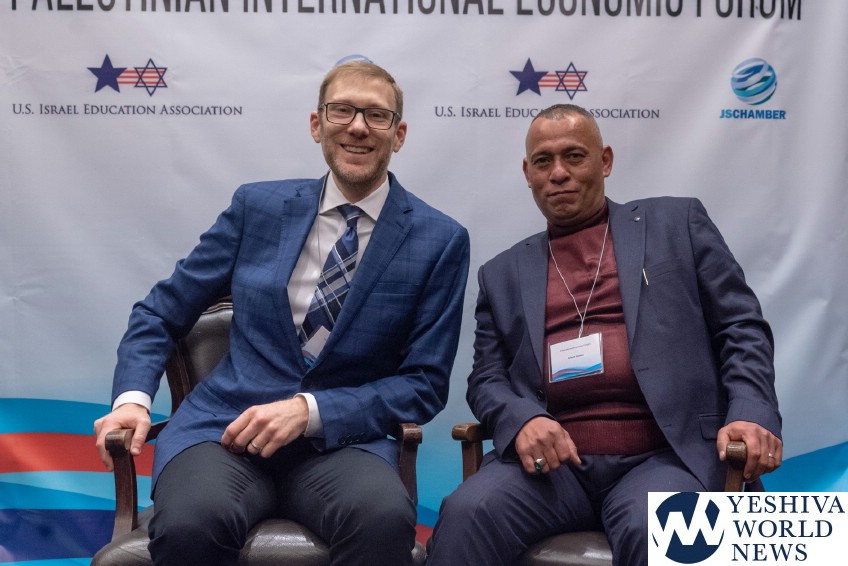 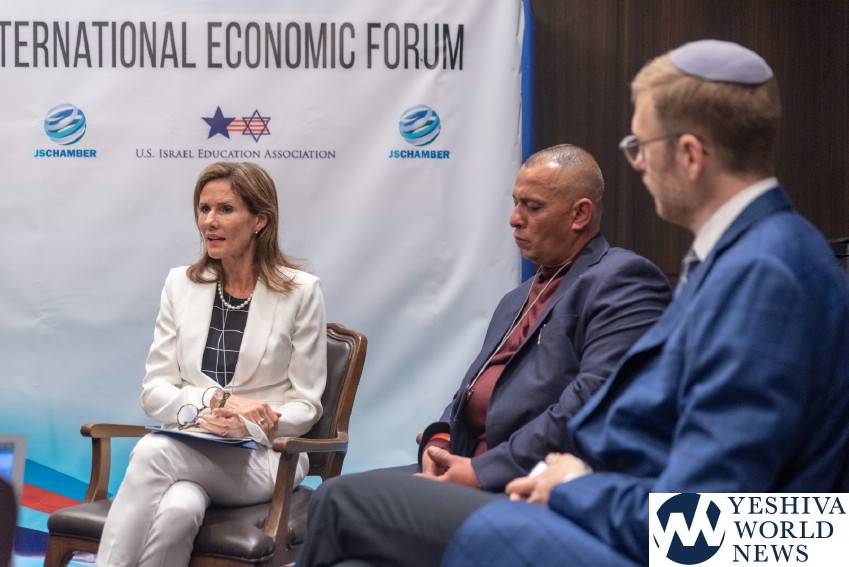 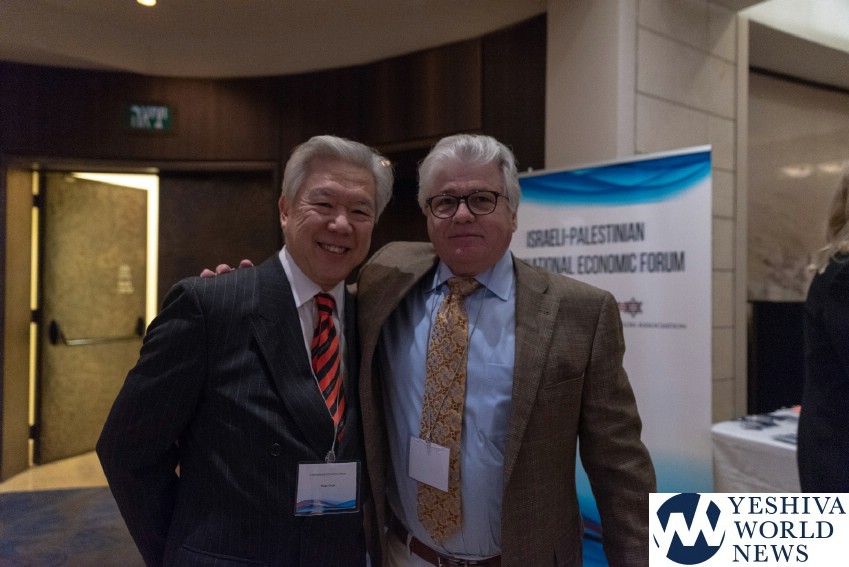 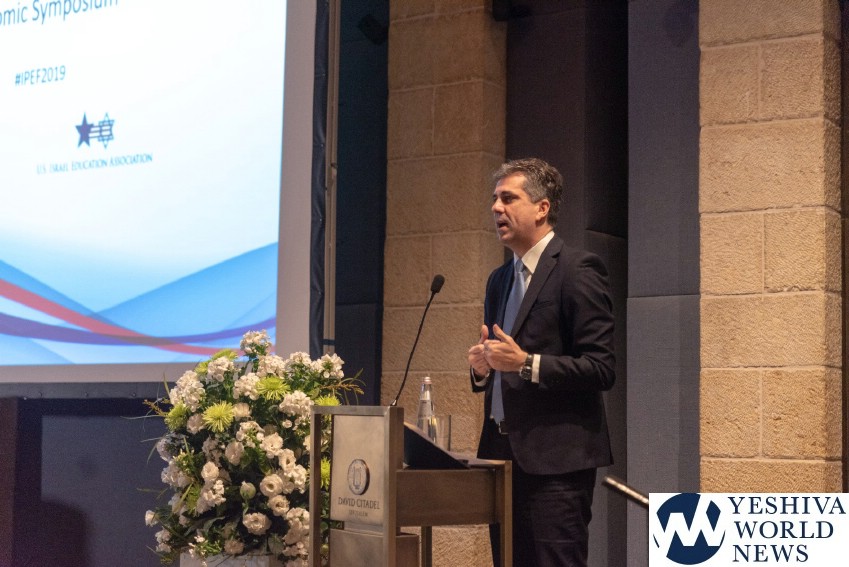