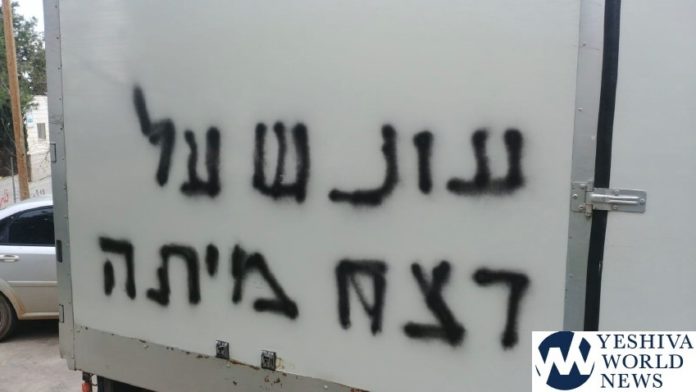 Tires of vehicles in the PA (Palestinian Authority) village of Ras Karkar, located in the Talmonim area in the Binyamin Regional Council of Shomron, were found slashed on Thursday morning. In addition, graffiti stating, “death sentence for murderers” and “Am Yisrael Chai” were found at the scene in an apparent so-called “price tag attack”.

A Magen David was also spray painted on the hood of at least one vehicle, as seen in the accompanying photo.

Police dispatched crime scene investigators to the scene to gather evidence in the hope of leading to the apprehension of those persons responsible.

The ISA (Israel Security Agency/Shin Bet) is also involved in the investigation. 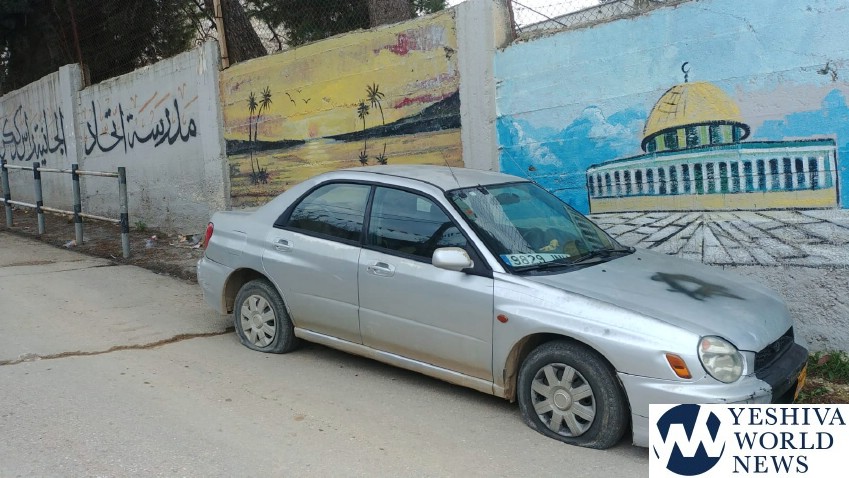