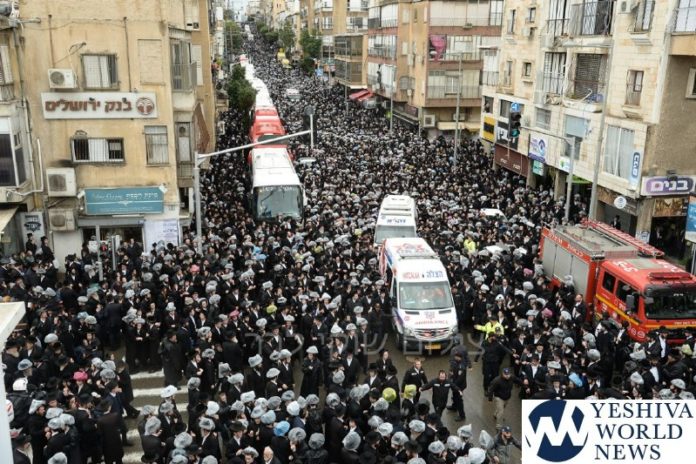 The successors of the Chief Rabbi of Bnei Brak have been announced at the levaya of the late rav, HaGaon HaRav Moshe Yehuda Leib Landau ZT”L, on Sunday morning. The announcement was reportedly made officially with the knowledge of the city’s rabbonim and Litvish and Chassidish Moetzos Gedolei Torah, to appoint two rabbonim; one Chasidish and one Litvish.

During the Levaya of Chief Rabbi of Bnei Brak, it was announced that a son, HaRav Chaim Yitzchak Isaac Landau, who has run the kashrus operation and religious services in the city, should continue as his successor together with HaRav Shevach Tzvi Rosenblatt, who is close to HaGaon HaRav Chaim Kanievsky, with total cooperation between them.

The agreement was reached with Bnei Brak Mayor and secretary of the Moetzas Gedolei HaTorah of Degel Hatorah Avraham Rubinstein acting as a broker, as he has always followed the word of Rav Kanievsky and HaGaon HaRav Gershon Edelstein.

During the levaya on Sunday, Avraham Rubinstein announced: “With the knowledge of Gedolei Torah, Admorim and Roshei Yeshivos in Bnei Brak, it has been decided that matters of religious and kashrus in the city will be handled by the rabbonim Geonim Shlita, with total cooperation between the two. The rav’s successor as per his request, his son Rabbi Chaim Yitzchak Isaac Landau Shlita and Rav Shevach Tzvi Rosenblatt Shlita, in total cooperation. והאמת והשלום אהבו”.

Rav Rosenblatt serves as Rosh Yeshivas Batei Hora’ah Bnei Brak, Elad, and Modi’in Illit. He also serves as rav of Kehillos Bnei Brak, Modi’in Illit and serves as a member of Badatz Sheiris Yisrael. He is a talmid of HaGaon HaRav Nissim Karelitz and is close to Rav Kanievsky.

Rav Landau will stand at the helm of the city’s kashrus, as this was known to be his father’s wish as the niftar expressed during his life. He was appointed to head the kashrus by the niftar two years ago.

According to a report from ‘Moked Chabad’, in line with what is written in the rav’s last will, Rav Isaac Landau will assume control of the city’s kashrus as well as mikvaos and marriage registration.

The niftar’s son-in-law, HaGaon Rav Yosef Yitzchak Blinov, Rav of Chabad Bnei Brak and the City Center, will continue his position as being responsible for the eruv, as well as heading כולל ‘פעמי יעקב and head the לשכת ההלכה למעשה.

Chareidi dailies advertised that kashrus over the baking of matzos for Pesach would be under the supervision of the niftar’s son, Rav Isaac, who is his successor.

Rav Isaac as he is known, HaGaon Rav Chaim Yitzchak Isaac Landau, is a resident of Tzefas as he served as a Ram for shiur gimmel in Yeshivas Chabad, and his father’s right-hand regarding kashrus in recent years, the kashrus network that was established by his grandfather, HaGaon HaRav Yaakov Landau ZT”L. Rav Isaac would accompany his father on visits to shechita and factories. 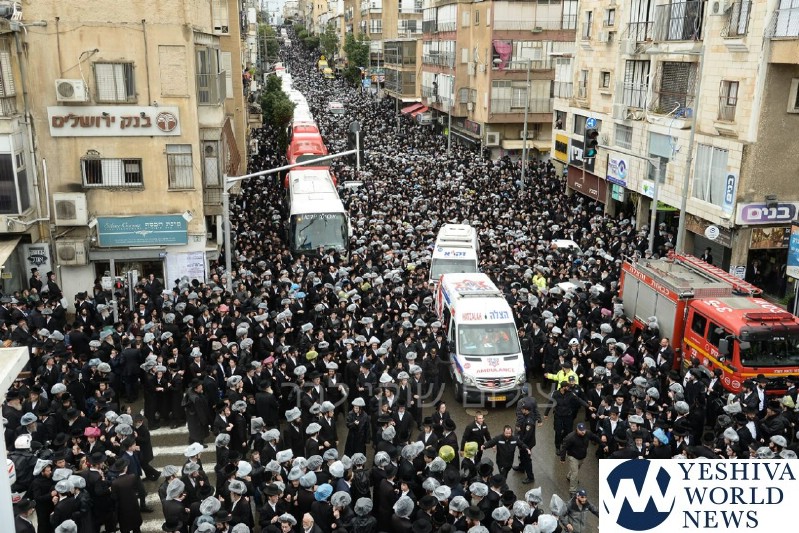 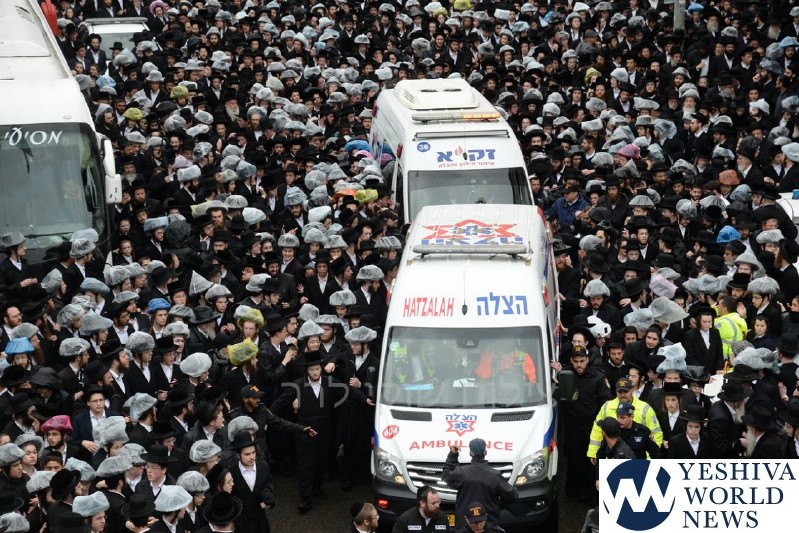 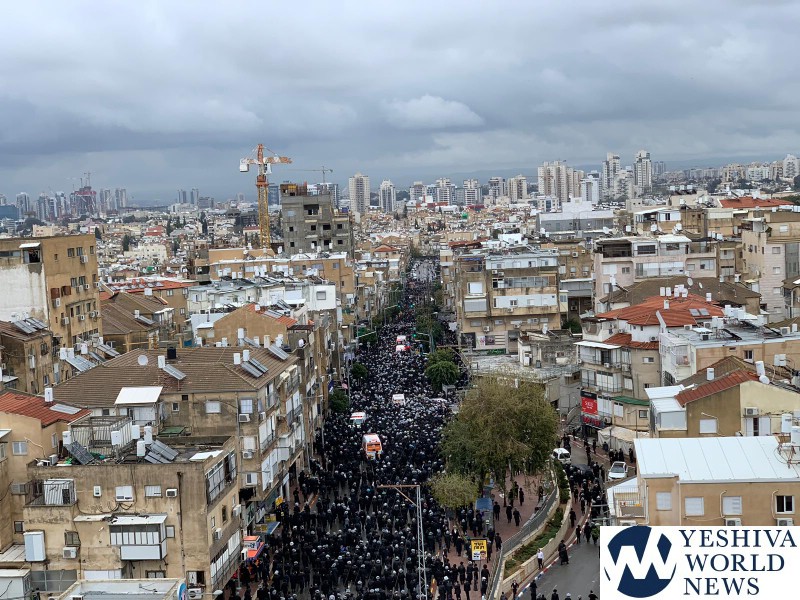 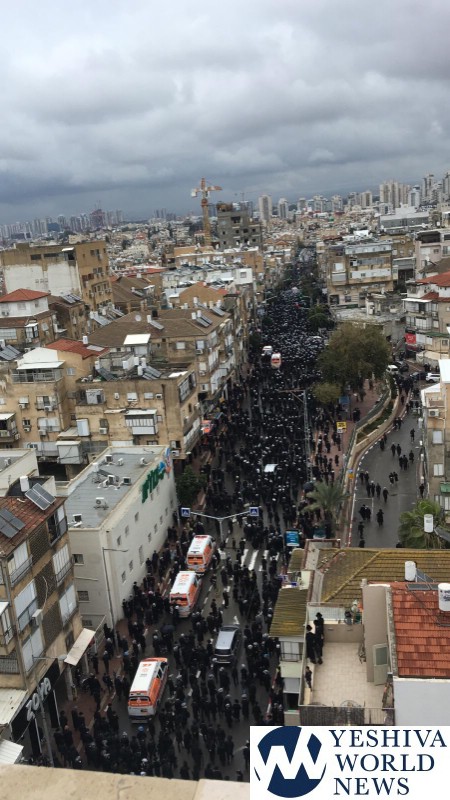 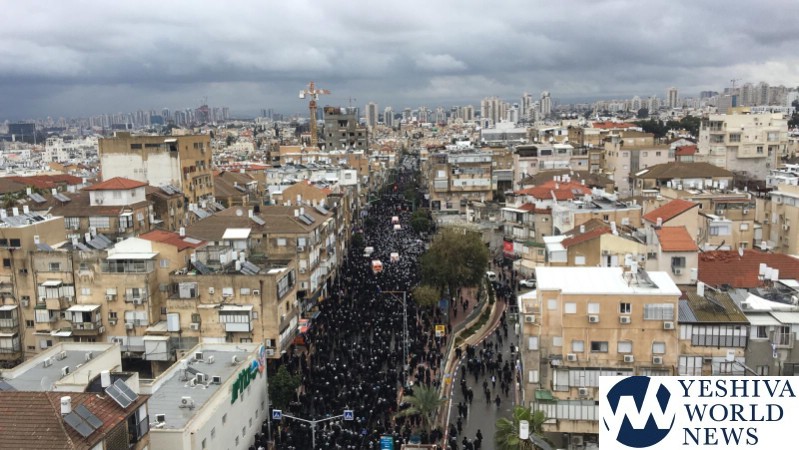 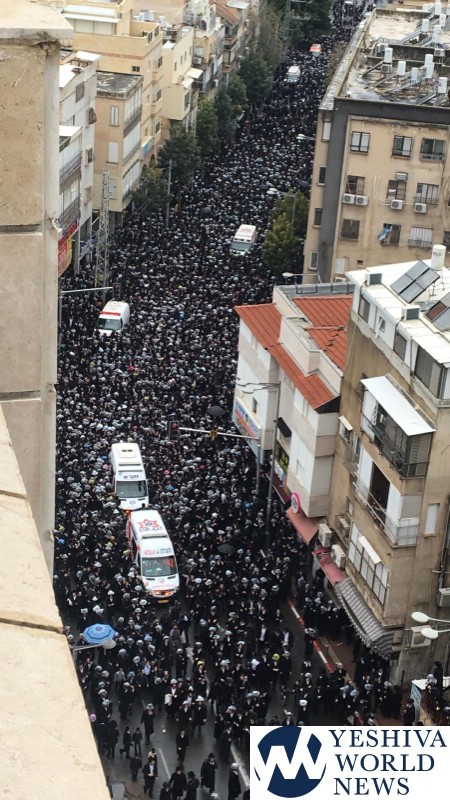 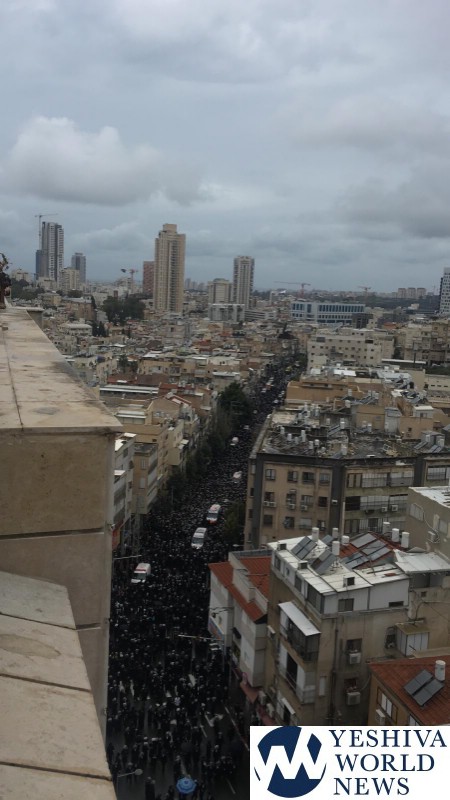 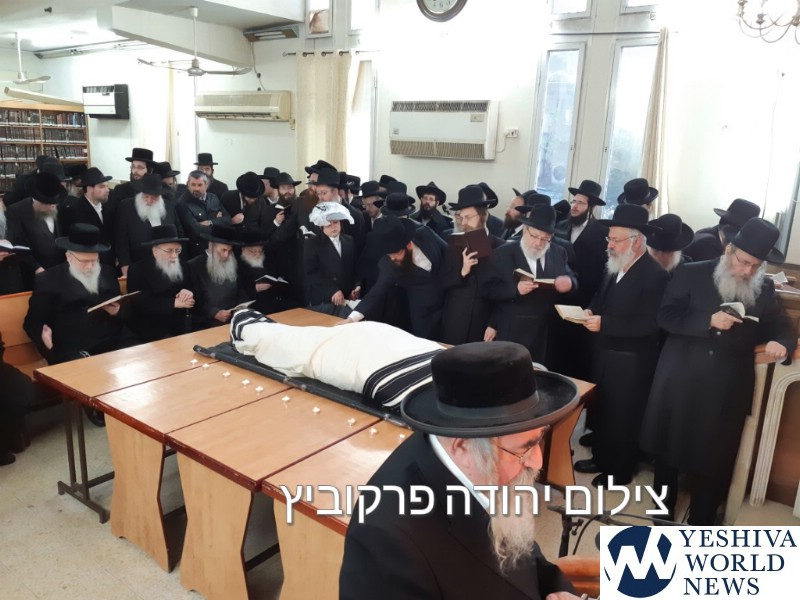 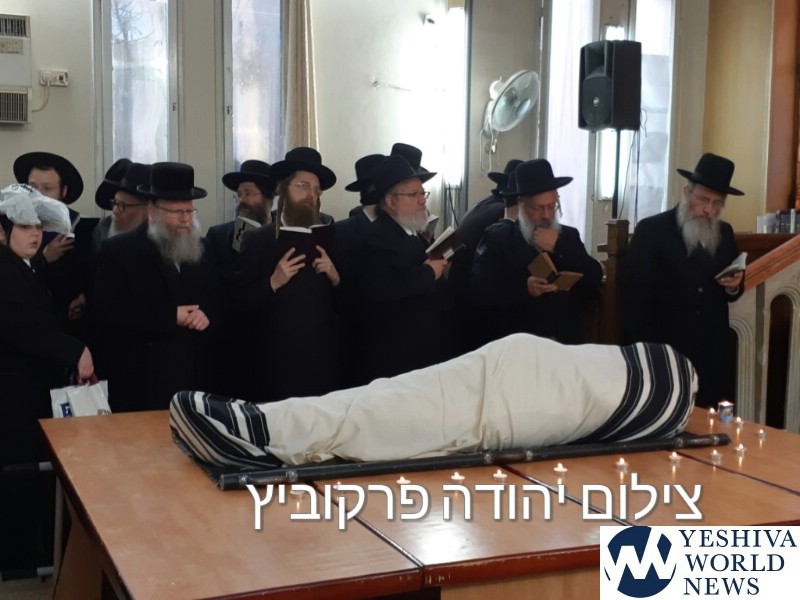 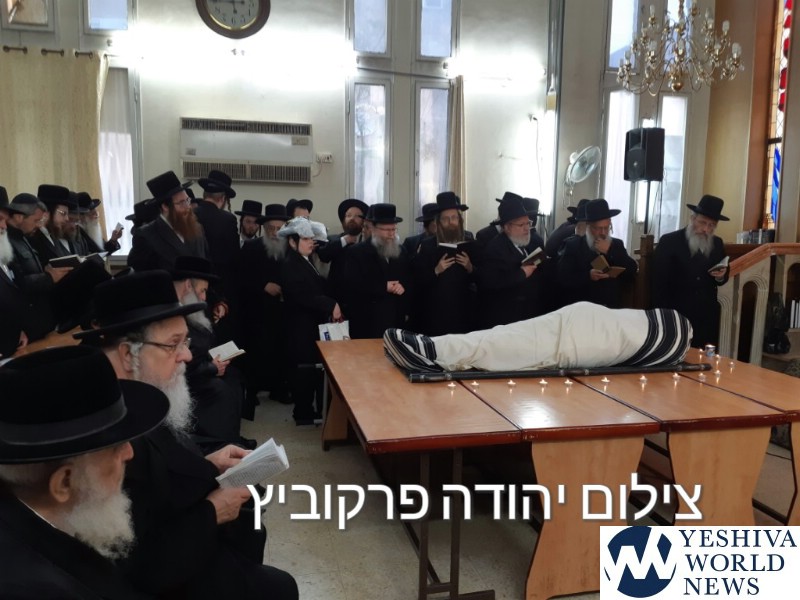