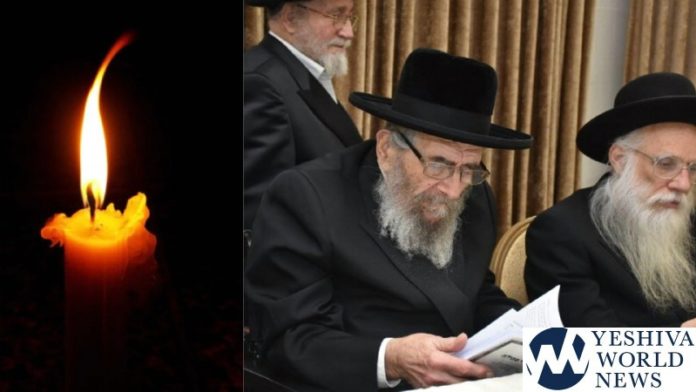 YWN regrets to inform you of the Petira of HaGaon HaRav Moshe Yehuda Leib Landau, the Chief Rabbi of Bnei Brak. He was 84. He was Niftar on Motzei Shabbos at Laniado Hospital in Netanya.

Rav Landau was known for operating the Badatz kashrus in the city as well as being unofficially appointed as the Rav of the city in 1986. His father, HaGaon HaRav Yaakov Landau ZT”L, preceded him as Rav of Bnei Brak.

A Levaya was held on Motzei Shabbos at Bais Medrash “Ohel Nechemia” in Netanya, and then proceeded to Bnai Brak, where a massive Levaya will be held on Sunday morning at 11:00AM in his Bais Medrash “Bais Yaakov” located on Yechezkel Street.

The Kevura will be on Har Hazeisim, where he will be buried next to his father.

In his Tzavah he requested that no women participate in his Levaya.