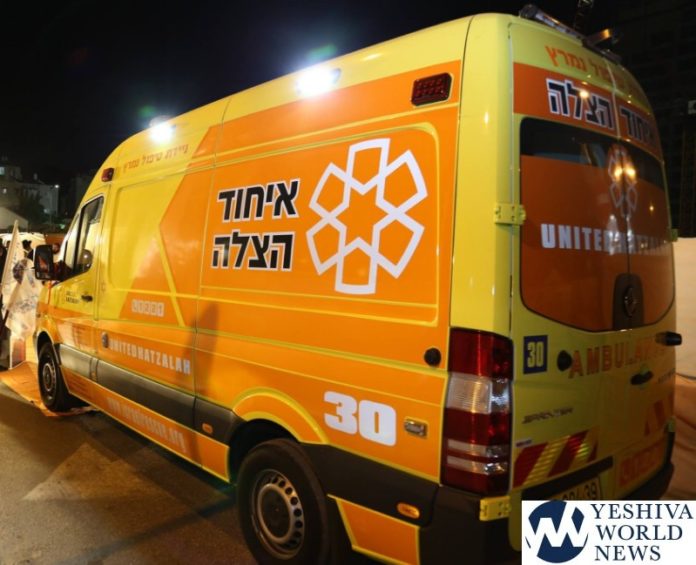 A 20-year-old man was stabbed in the stomach on Mishol HaDekalim Street in Jerusalem, Sunday evening. The man was in serious condition. United Hatzalah volunteers in addition to Magen David Adom EMS crews treated the man and transported him to Shaare Tzedek Hospital.

Police have opened an investigation into the incident but from initial reports have said that it is criminal in nature.

United Hatzalah volunteer EMT Avigail Beer, daughter of President and Founder Eli Beer, who was one of the first responders on the scene said: “When I arrived at the scene together with other volunteer EMTs from United Hatzalah, we treated a young man aged 20, for stab wounds in his upper body. The man was conscious and while he was being transported to the hospital, we were told that his condition deteriorated and that he is now in serious condition.”