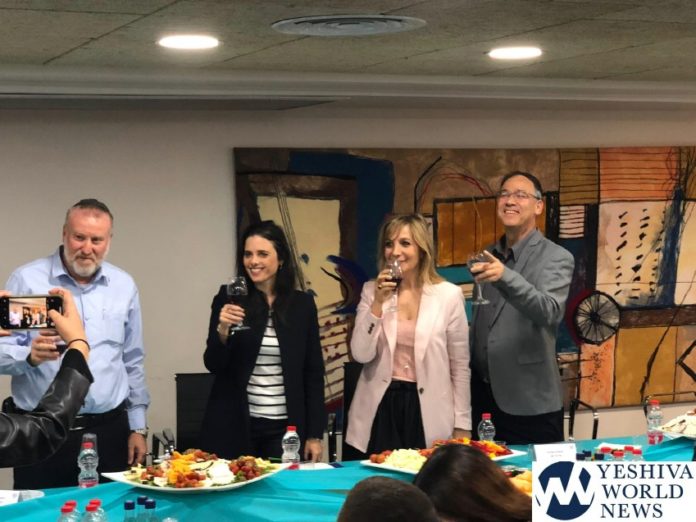 Justice Minister Ayelet Shaked on Wednesday attended a pre-Pesach toast, during which she officially announced her acceptance of the decision of voters. Shaked, who co-chairs the New Right party, is not going to enter the 21st Knesset as the party failed to meet the minimum election threshold.

She explained that at present, there is a transition government and efforts are underway to establish a new government. She was attending a pre-holiday event in the Justice Ministry, and we see Attorney General Dr. Avichai Mandelblit seated to Shaked’s left.

Shaked added that after six intensive years, she now heads to her own personal freedom, at least for a period of time.

The outgoing senior minister wishes all of Am Yisrael a Chag Kasher V’somayach.