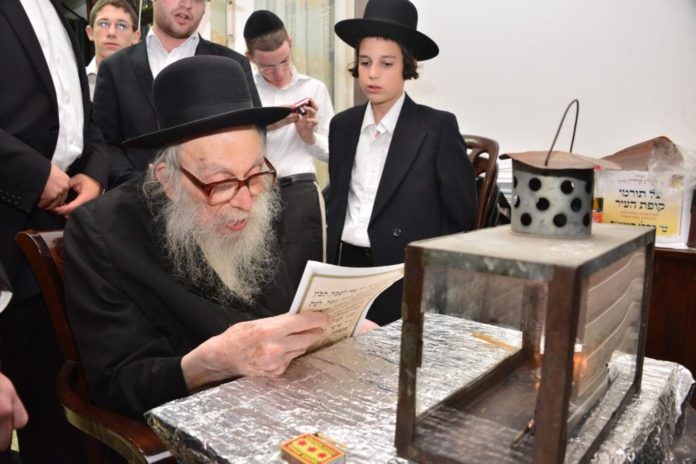 Rab Karelitz was hospitalized on Pesach. He was taken to Bnei Brak’s Mayanei HaYeshua Hospital on Thursday, the eve of the last day of yomtov after complaining of weakness and difficulty breathing. He reportedly was hypotensive (low blood pressure) and was experiencing shortness of breath. He was admitted to an intensive care unit.

The rav was seen in public the last time on Election Day, when he cast his ballot in the election for 21st Knesset.

The tzibur is asked to be mispallel for Shmaryahu Yosef Nissim ben Basya bsoch cholei yisrael.