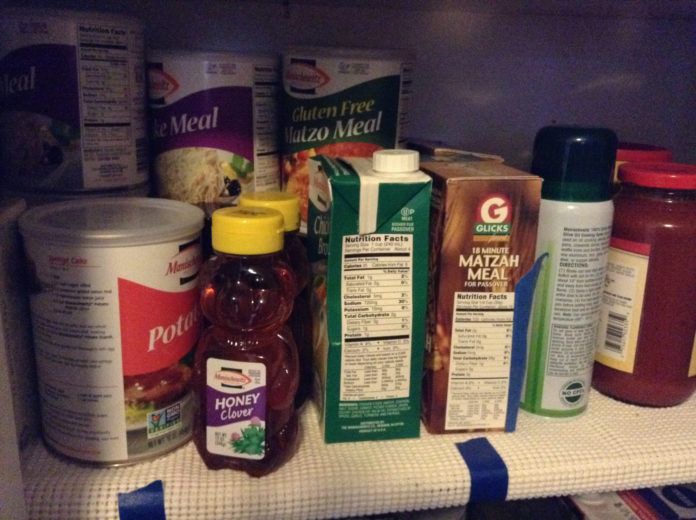 Pesach is over and everyone is putting away the Pesach dishes and bringing back the Chometz keilim.  Family member go home.  But – we can continue the joy – which is what Isru Chag is about.  There are four things about it, however, that we should know.

“Whomever does a binding to the Chag with eating and drinking, the Pasuk considers it as if he had built a Mizbeach and offered korbanos upon it.”  The Gemorah is actually making a drasha on the verse in Tehillim (118:27), where it states, “Tie the festival offering to the corners of the Mizbeach with strings.”

According to Rashi’s second explanation, Chazal darshen that this means to continue the joy of the Yom Tov onward to the next day.  In this statement it is clear that the sages wish us to continue the Yom Tov, and to do so in a festive spirit, including food and drink.  Some even have the custom to limit activities (See Torah Lishma Siman 140).

The seconf thing to know is that the Arizal explains that there are still sparks of kedusha from the Yom Tov that are left over.  These sparks should be channeled properly.  Therefore, on Isru Chag, there is additional celebration in food and drink.  We also do not fast or eulogize on Isru Chag (See Mogain Avrohom 425:8).

The Bais Yoseph (OC 494) writes that the Yerushalmi in Avodah Zarah 1:1 calls Isru Chag with the term “Bna d’Moada” which means offspring of the Moed – of the holiday.

This then is an additional theme that we can focus upon on Isru Chag.  The extension of Achdus, friendship and unity, will help continue the message of the Yomim Tovim.

One fourth thing to know.  Rav Elyashiv zatzal writes (Divrei Agaddah p. 458) that on Isru Chag everyone should make sure that the infusion of spirituality that he or she had received during the Yom Tov continue to be tied to the rest of the year.  This is the obligation of Isru Chag – the “binding of the holiday.”

EACH OF THE THREE ISRU CHAGS HAVE THEIR OWN AVODAH

Each Yom Tov has its own special and unique Avodah that strengthens us throughout the year.  The Avodah of Pesach  is emunah – belief in Hashem.

All three aspects of emunah are part of the Pesach experience.

All the Nissim we experienced point to Hashem as the Creator of the world  The 10 Makos show that there is hashgacha Pratis.  Yetzias Mitzrayim itself and the subsequent revelation of the Torah to the Children of Israel indicate Israel’s unique role and mission.

Where, by the way, does Isru Chag come from? [true this is really a fifth thing to know.]

We know the rededication of the Jewish nation that took place under Ezra and Nechemya during the time of Sukkos.  Ezra (See Nechemia chapter 8) carefully instructed to Klal Yisroel of the halachos of Sukkos and they celebrated it.  On the 24th of the month, (Nechemya 9:1) they all fasted.

There is, however, a question.  Why didn’t they fast on the 23rd?  The Mishna L’Melech (Hilchos Kli HaMikdash) explains that it was because it was Isru Chag.  Tosfos in Rosh haShana (19a “Bimei Ezra”) disagrees with this suggestion (it was suggested by Rav Yuden in the Yerushalmi AZ 1:1) saying that they did not yet observe the custom of Isru Chag and instead suggests that the month of Elul was an Ibbur month at the time.  But others accept the Yerushalmi’s explanation.  It is possible, however,  that the Baalei Tosfos did not have our Yerushalmi as the Birchei Yoseph (494) actually states.