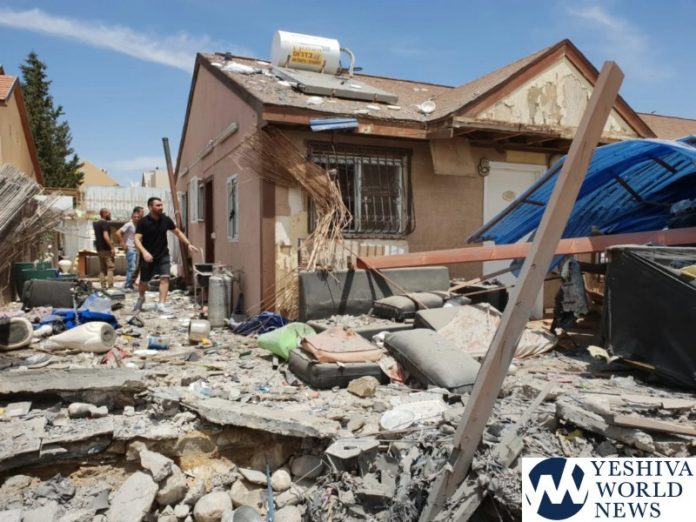 MK Betzalel Smotrich, who chairs the Ichud Leumi faction of Bayit Yehudi, was audible in his harsh criticism of Israel’s decision to once again accept another Hamas ceasefire, insisting that once again, Israel failed to restore its deterrence, which is critical to bring an end to future Hamas offensives.

In response to the reported 700 rockets that Hamas fired against Israel, he stated the round of warfare should have ended with 700 dead terrorists, one for each rocket fired so that “it would take Hamas years to recover” and thereby restoring the nation’s deterrence against future rocket fire from Gaza.

“We can’t permit 1.5 million southern citizens to run to bomb shelters for cover every few weeks,” he added, joining other coalition party MKs in criticizing Prime Minister Binyamin Netanyahu’s decision to once again permit Hamas to dictate when a ceasefire will be implemented.

MK Gideon Saar of Likud, who ranks high in the party, told the media on Monday morning that “nothing was gained” in the last round of warfare regarding Israeli deterrence against future attacks. He warns that with each round of warfare, Hamas becomes stronger and all that has been accomplished is that the next round of warfare was delayed somewhat.

Four Israeli were killed and 700 rockets were fired at Israel in the latest round of Hamas warfare which began on erev Shabbos and continued until the ceasefire went into effect on Monday morning at 4:30AM. Israeli officials have not commented on the ceasefire, nor has Israel officially accepted it, as details are only available from Arab media sources and Hamas statements.