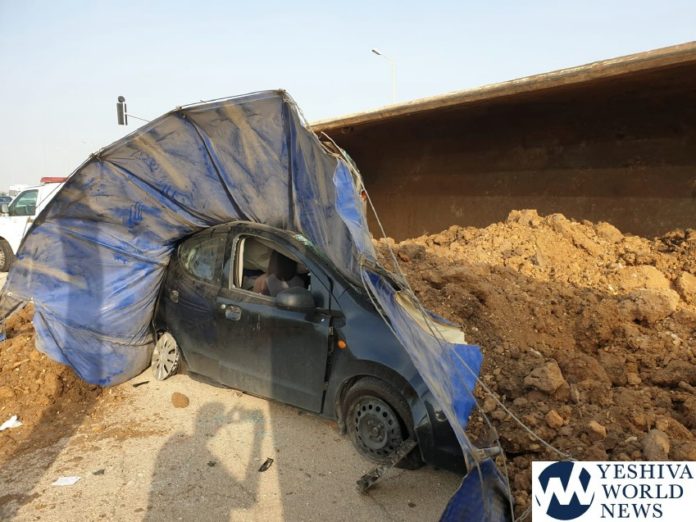 MDA on Thursday morning responded to a call for a flipped dump truck in the Yarkon district, on Route 4613 from the Bedek Junction to Barkat Junction. The truck was loaded with sand, and it fell on a parked car. Paramedics treated a 28-year-old woman and two children, including a toddler about two years old and a toddler about a year old. They were all transported to Sheba Hospital at Tel Hashomer.

MDA paramedics Eyal De Pau and Talia Shomron told Ynet: “When we arrived at the place, we saw a truck from the distance. As we neared, we saw a vehicle trapped under a lot of dirt and we were afraid of the worst. A 28-year-old woman was standing outside the car with two toddlers who were rescued from the car by a passerby, who told us that the vehicle was standing at the edge of the road, with the truck overturned and the contents of the vehicle spilled onto the vehicle.

“The driver got out of the car just before the accident, and only miraculously the children who were still in the backseat were unharmed. We examined them instead and they were fully conscious. We transported them to the hospital for further examinations and medical treatment. This is an open miracle. It could have ended in disaster.” 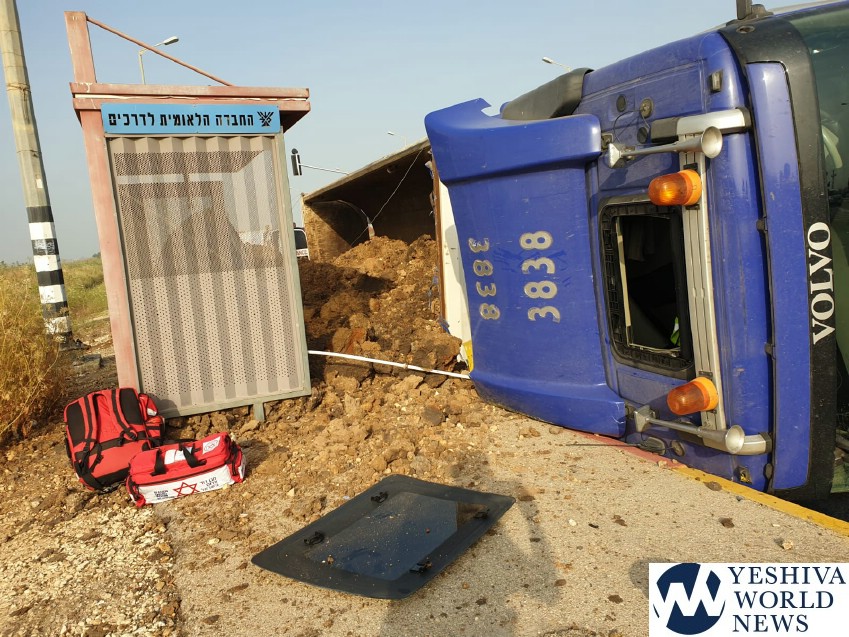 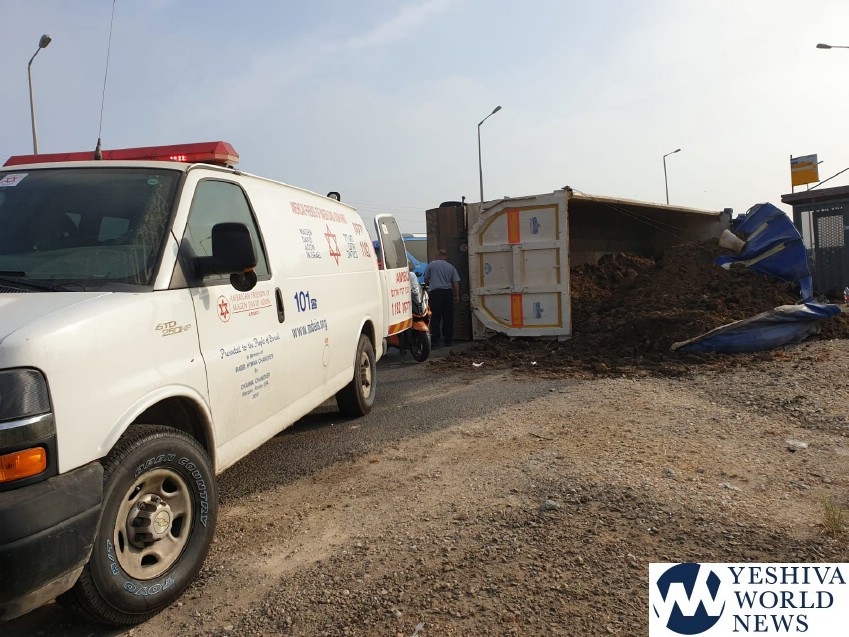