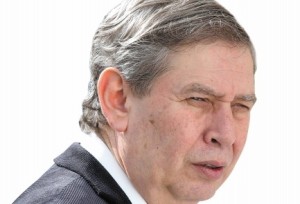 Mossad Intelligence Agency Director Tamir Pardo was in Ankara a number of days ago for a meeting with his counterpart, Hakan Fidan. That meeting is said to have taken place on June 10, 2013. The Turkish Hurriyet newspaper reported that the Mossad leader asked for a meeting with Turkish Prime Minister Recep Tayyip Erdogan.

The two discussed regional events, including Syria, Iran and growing protests in Turkey, which the intelligence leaders reportedly feel may be the result of outside influence. It is unknown if Pardo will be granted a meeting with Erdogan at some future date.

Israeli officials on Thursday night, 4 Tammuz issued a denial that there is any connection between the visit and the ongoing unrests in Turkey, the daily Hamodia reports.