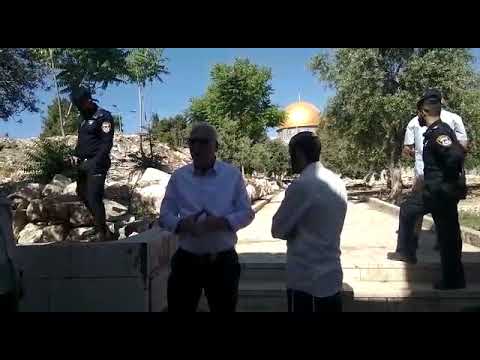 Ariel has always been counted among Har Habayis activists.

The holy site has been in the news of late as police announced it will be closed to non-Muslim visitors on Yom Yerushalayim, Jerusalem Day, to accommodate Ramadan worshipers.

The decision of police was challenged but the High Court of Justice did not wish to become involved in the police decision, hence the prohibition of Jews visiting Har Habayis on Yom Yerushalayim remains in place.

YWN NOTES: Gedolei Yisrael over the generations and the Chief Rabbinate of Israel prohibit visiting Har Habayis, which they explain carries the punishment of karess.