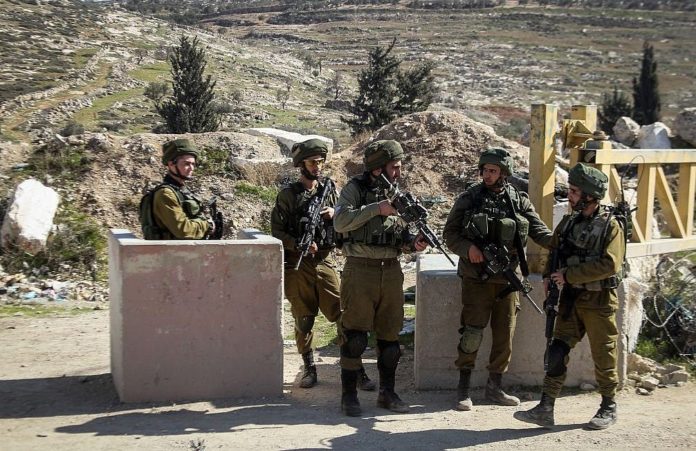 The IDF on Tuesday night neutralized a terrorist about to throw a firebomb at a passing vehicle on Highway 60 near el-Hader Junction.

Members of the Etzion Brigade patrolling the area detected the terrorists near the major vehicular thoroughfare. When one was seen about to throw a Molotov cocktail, the terrorist was fired upon and injured. He was treated and taken into custody and transported to a Jerusalem hospital for continued medical care while in custody.

During the night, IDF soldiers working with ISA (Israel Security Agency/Shin Bet) agents and police arrested PA (Palestinian Authority) residents allegedly involved in acts of terror and/or violent confrontations with security forces in areas of Yehuda and Shomron. B’chasdei Hashem there were no injuries among security forces during these operations.