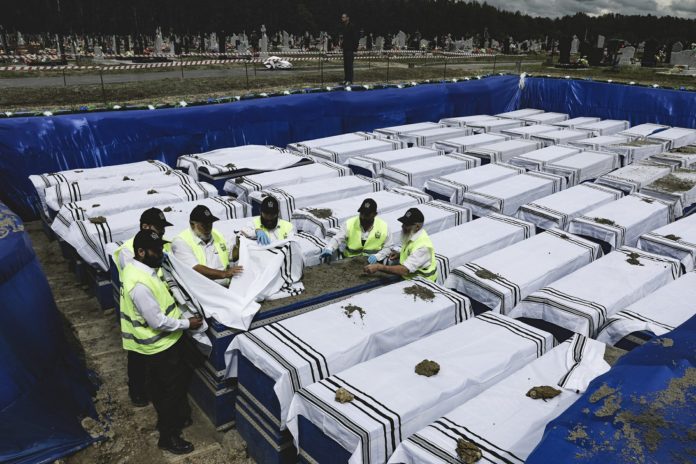 Remains of more than 1,000 Holocaust victims were laid to rest on Wednesday in a Belarusian city on the border with Poland after a mass grave was discovered on a building site earlier this year.

ZAKA volunteers traveled to the town of Brest (Brisk) and reported finding hundreds of skeletons of men, women and children who were shot in the head. In the piles of earth exhumed from the grave by the authorities, the volunteers found bones, clothing, shoes, and other personal belongings taken with the Kedoshim as they were led to their deaths.

Belarus was home to a large, vibrant Jewish community before World War II, and the discovery of remains of at least 1,214 people in January shocked many still scarred by memories of the Holocaust.

To the dismay of some Jewish leaders, officials stopped short of canceling the building permit on the site where remains of other victims might still be found, instead offering to bury the bones that were initially discovered.

The remains were buried in 120 coffins emblazoned with the Star of David in a ceremony at a cemetery outside the town attended by city officials, Jewish community leaders and diplomats.

Brest was one of the first Soviet Union towns to be attacked by Nazi troops and fell into German hands in July 1941. Like elsewhere in eastern Europe, the Nazi administration set up a Jewish ghetto. An estimated 28,000 people were confined there until it was destroyed in October 1942, when 17,000 residents were taken out of town and executed. The fate of the others remains unknown.

Among famous Brest natives is late Israeli Prime Minister Menachem Begin, who won a Nobel Peace Prize with Egyptian President Anwar Sadat in 1978. His father was among those rounded up and killed.

Regina Simonenko, head of the local Jewish community Brisk, criticized authorities for rushing to bury the remains and continue with the building project instead of running DNA tests to establish identities.

“We were told that DNA tests are expensive and take a long time,” Simonenko told The Associated Press.

The World Jewish Congress decried the construction project as “an affront to the memories of the Jewish residents of the city who were shot and murdered in cold blood at that very site.”

City authorities insist that the apartment block’s foundation does not overlap with the burial site. Authorities have promised to put up a monument in the area and not build anything on the mass grave.

“There will be nothing but the lawn on the burial site,” Brest Mayor Alexander Rogachuk said. “We’re not even going to put up parking spaces or playgrounds there.”

To Simonenko, that promise is not enough.

“We’re talking about a large ghetto,” she said. “We’re not sure that there won’t be other burial sites discovered there.” 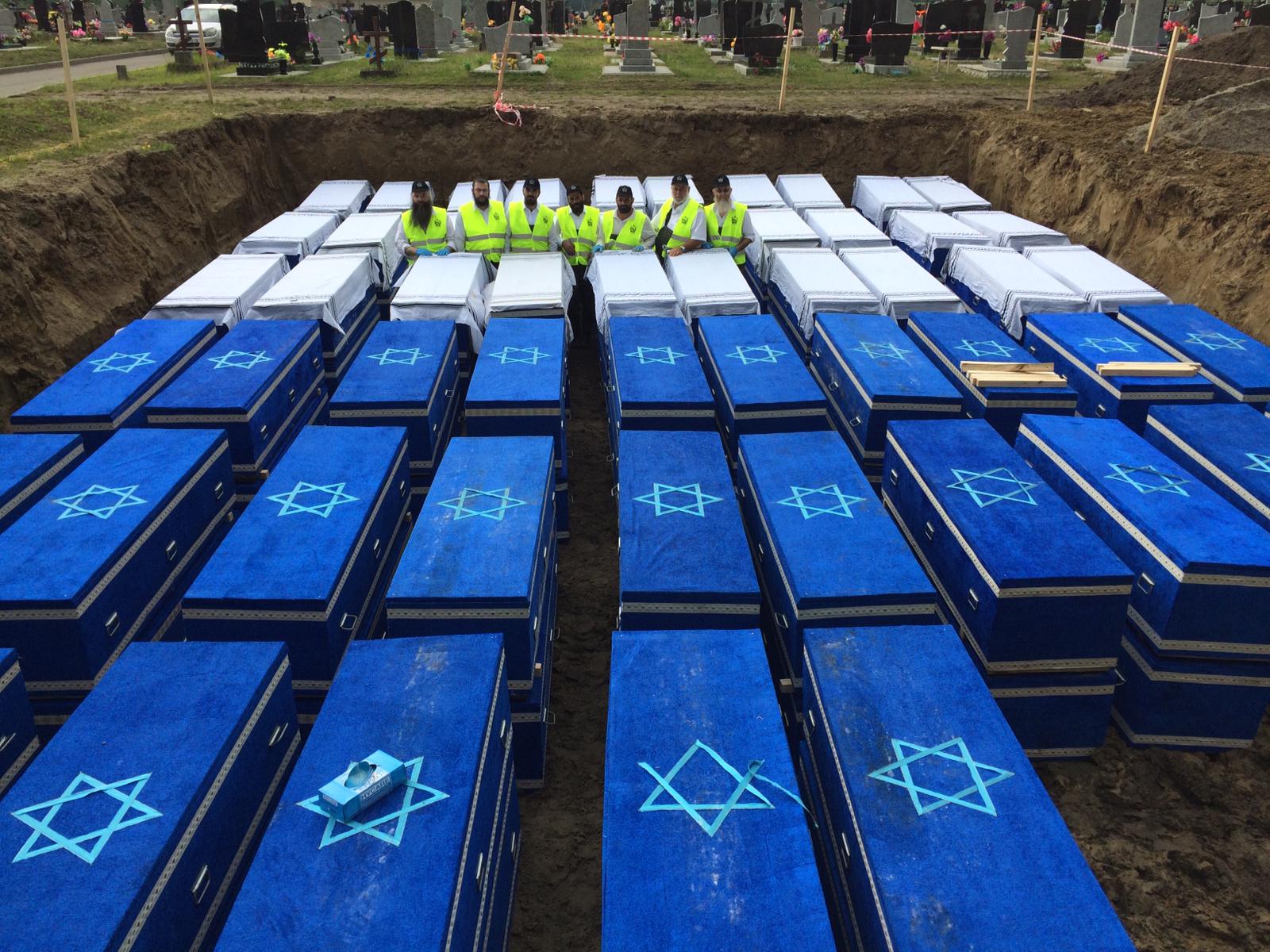 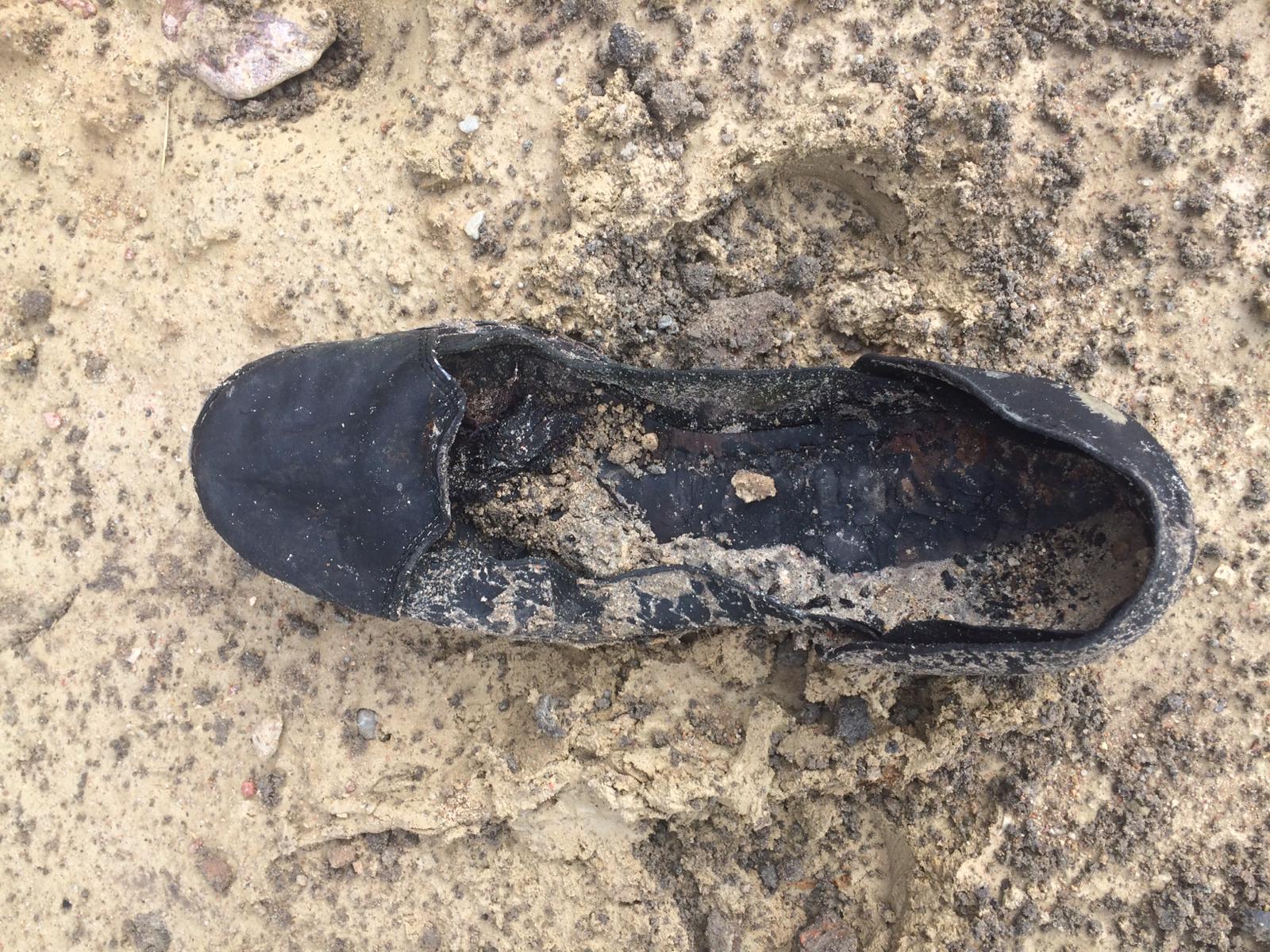 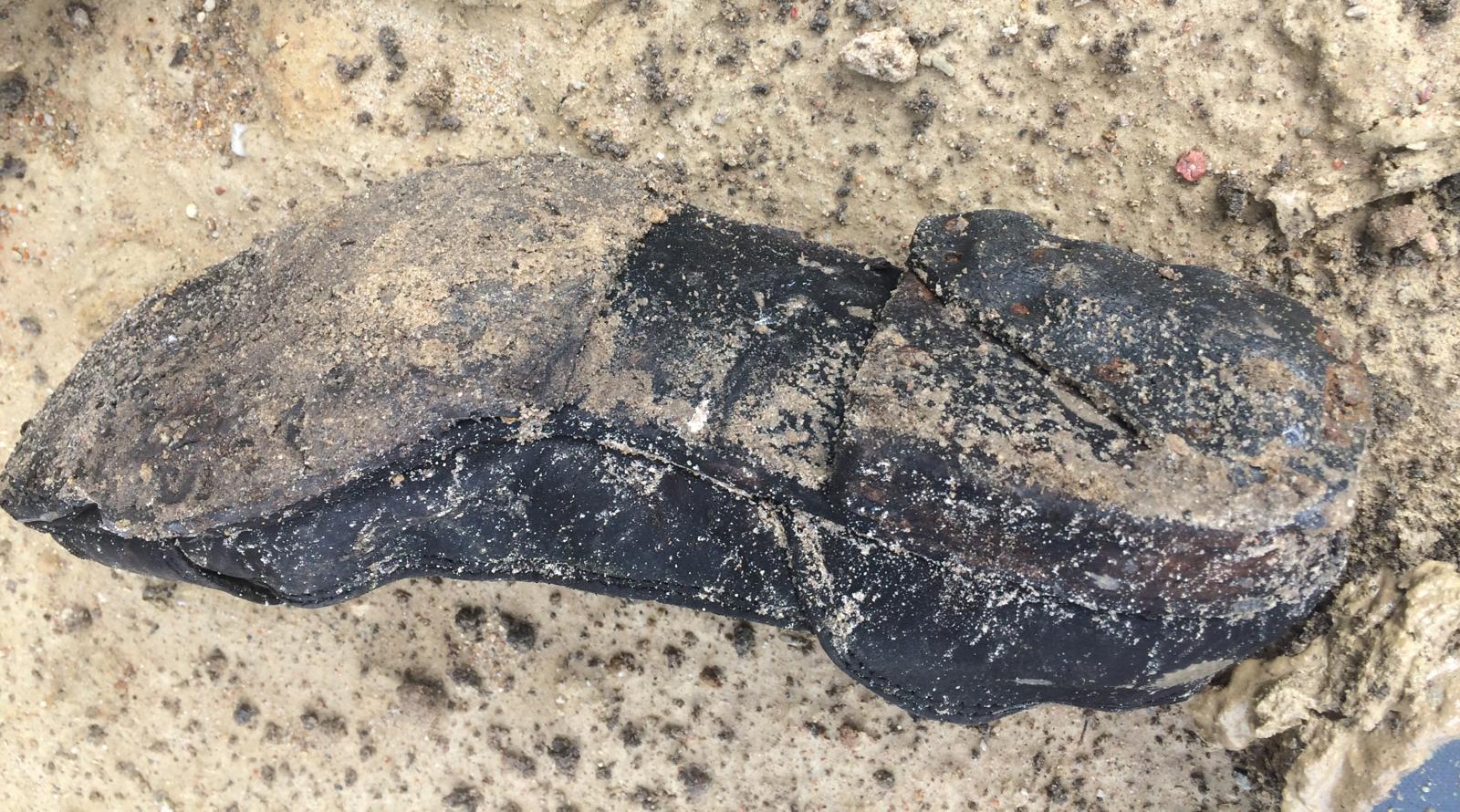 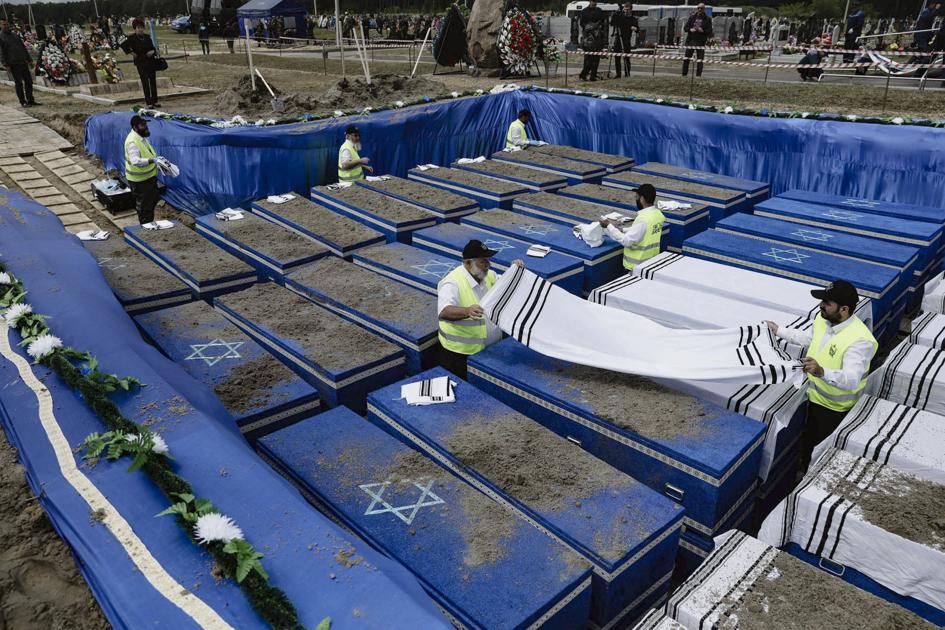 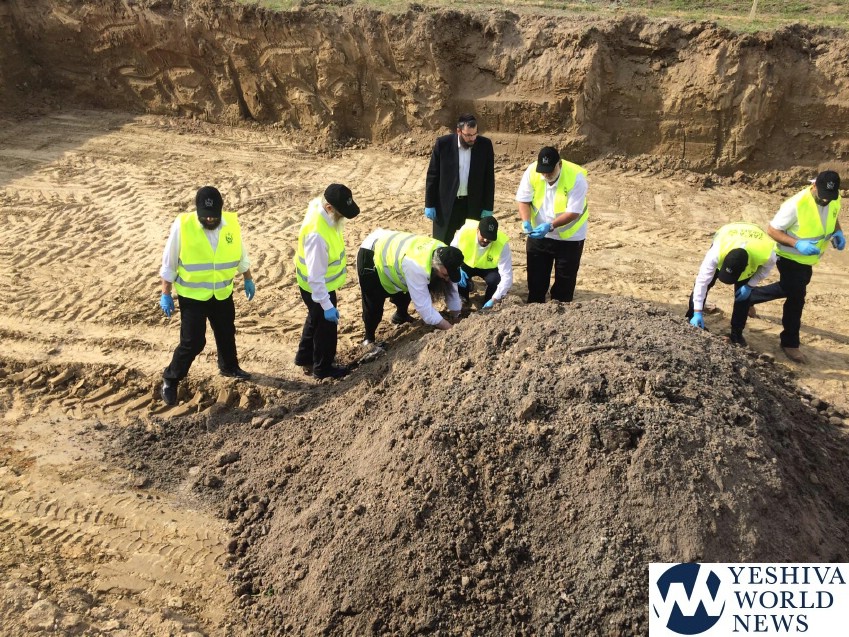 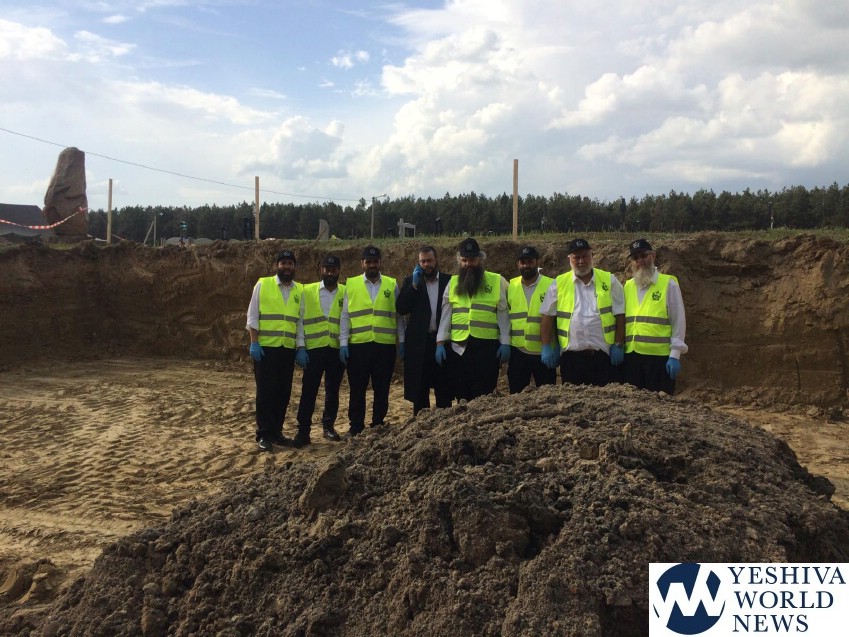 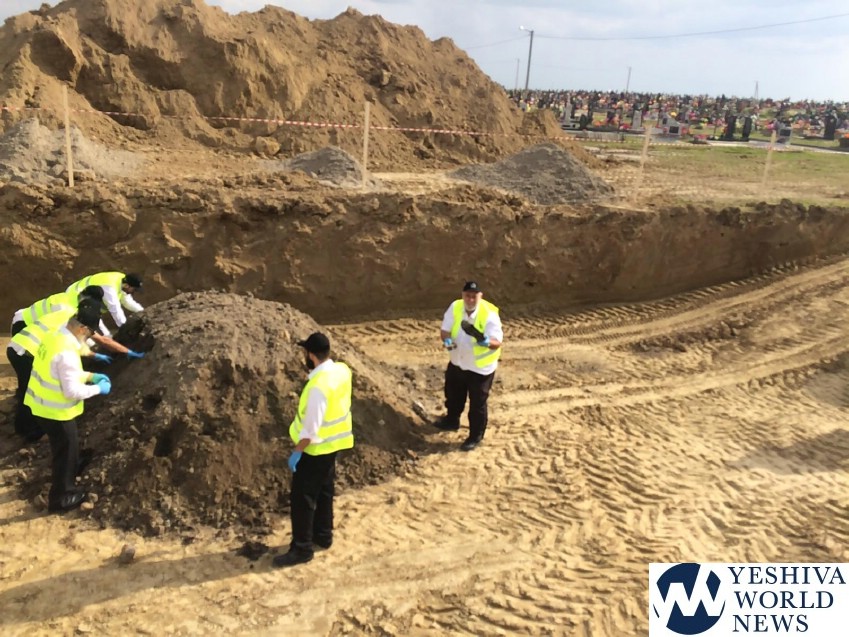 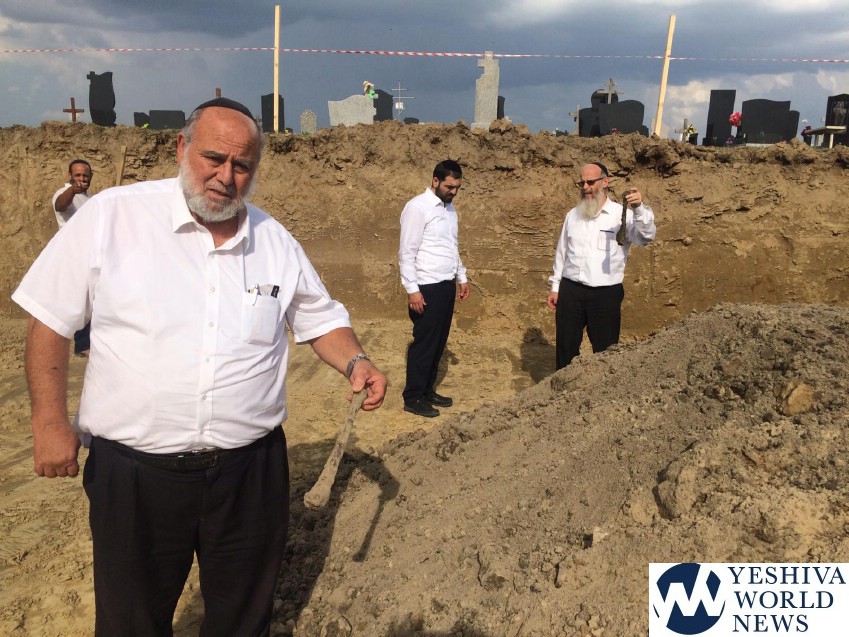