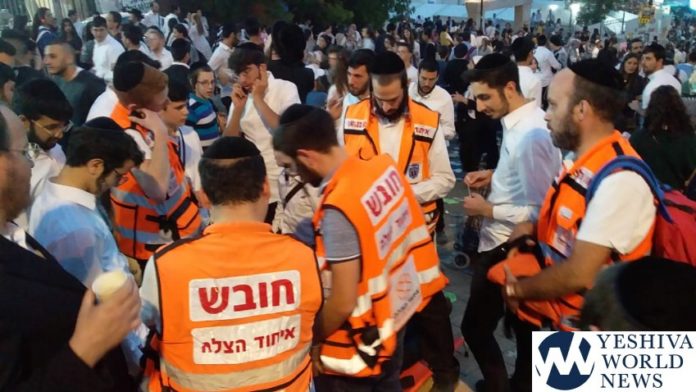 MDA reports treating a 9-year-old in Elad who suffered burns to his hands after a can of paint exploded in a Lag B’Omer bonfire in the city.

Magen David Adom remains on alert during Lag B’Omer, especially this year with the celebrations accompanied by a ‘sharav’ heatwave.

At the tziyun of the Rashbi in Meron, 231 persons were treated during the night by MDA for varying injuries and illnesses including fainting, dehydration, soft tissue injuries, exacerbation of a chronic illness and cardiac cases. 26 persons were transported to Ziv Hospital in Tzefas including one person who suffered a heart attack. This person was taken immediately into an intensive care unit.

In the accompanying video, we hear from MDA Jordan Valley District Commander, Oren Avitan. He speaks of the complexities of the Meron operations, as well as describing the array of vehicles and equipment on hand to respond to any situation in Meron during Lag B’Omer. He also reiterates the need to drink copious amounts of water and to have garments to protect one from the sweltering heat during the day.

United Hatzalah also maintains a medical clinic near the tziyun during Lag B’Omer, as well as having hundreds of volunteers scattered around the area to facilitate responding to emergencies.

Officials reported that as of 9:20AM, 440 persons were treated by United Hatzalah personnel in Meron.

Most of the injuries were falls from heights, light abrasions, contusions, scorpion stings, people suffering from smoke inhalation, shortness of breath due to the weather, light and moderate burns, and other cases. In addition, numerous people fainted due to the congestion at Meron and the extreme heat of the night. The injured or ill people were treated by EMS crews spread throughout Meron and then brought to one of the two medical clinics set up at the site and operated by United Hatzalah volunteers. 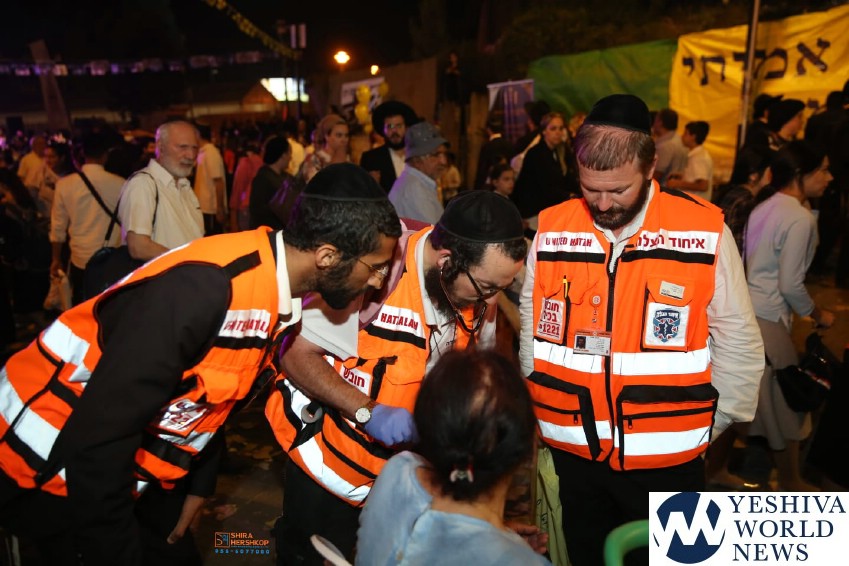 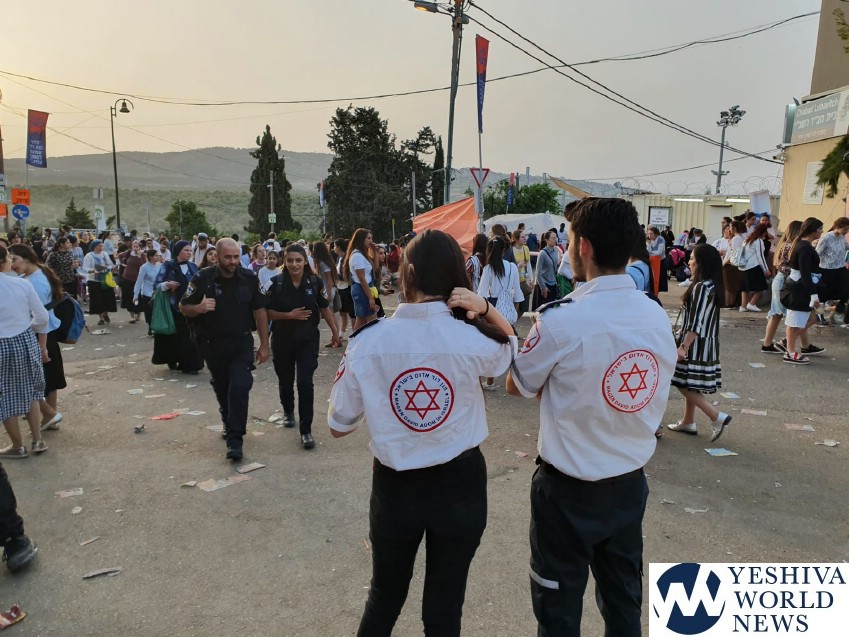 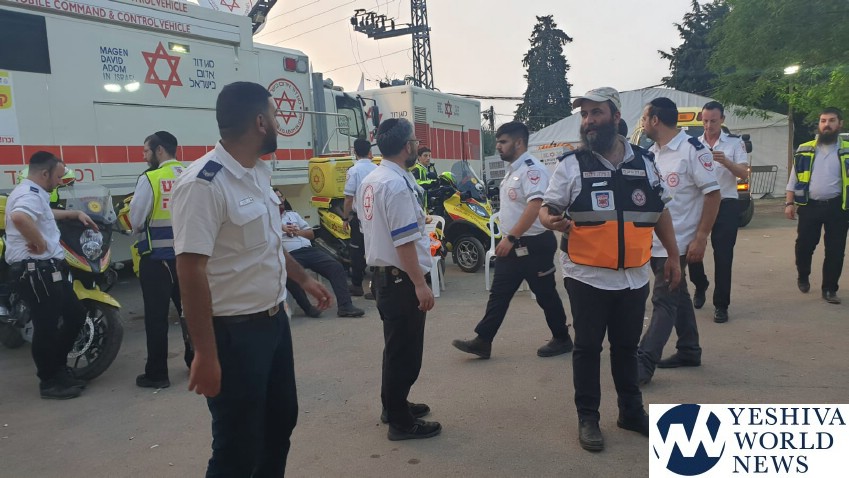 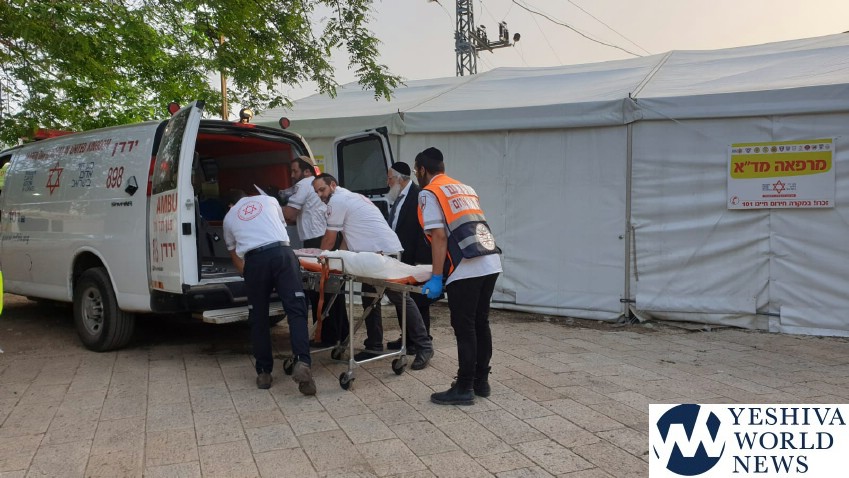 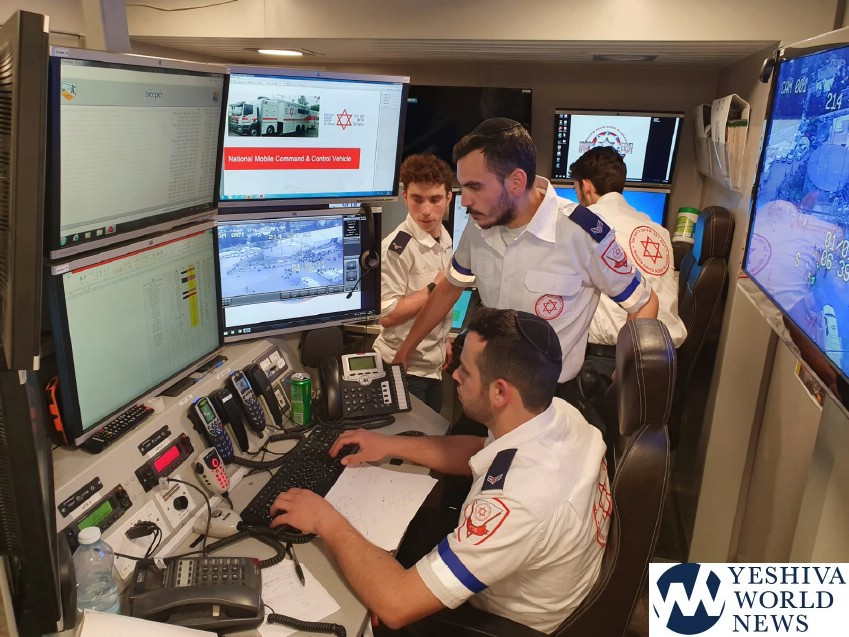 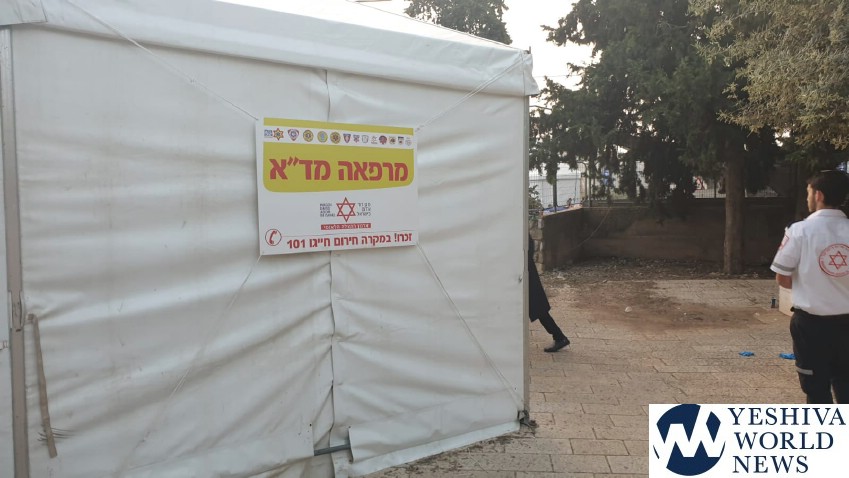 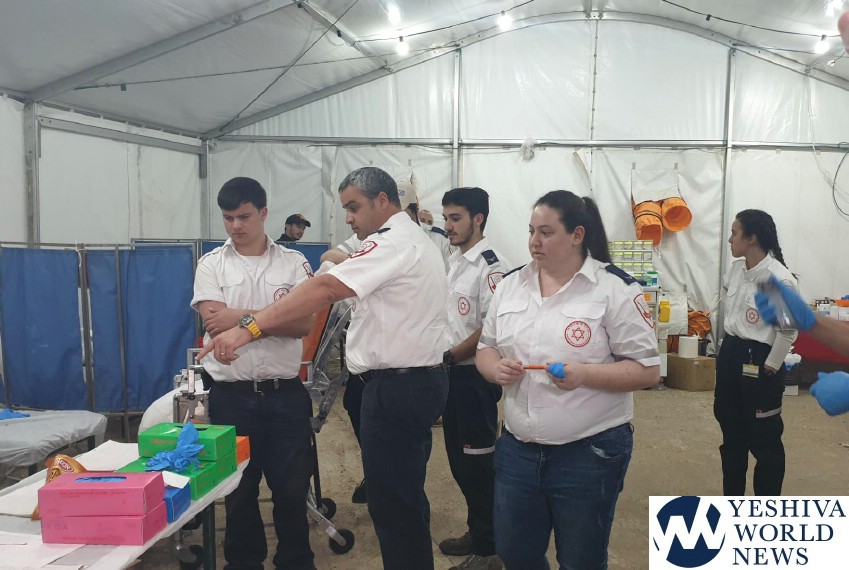 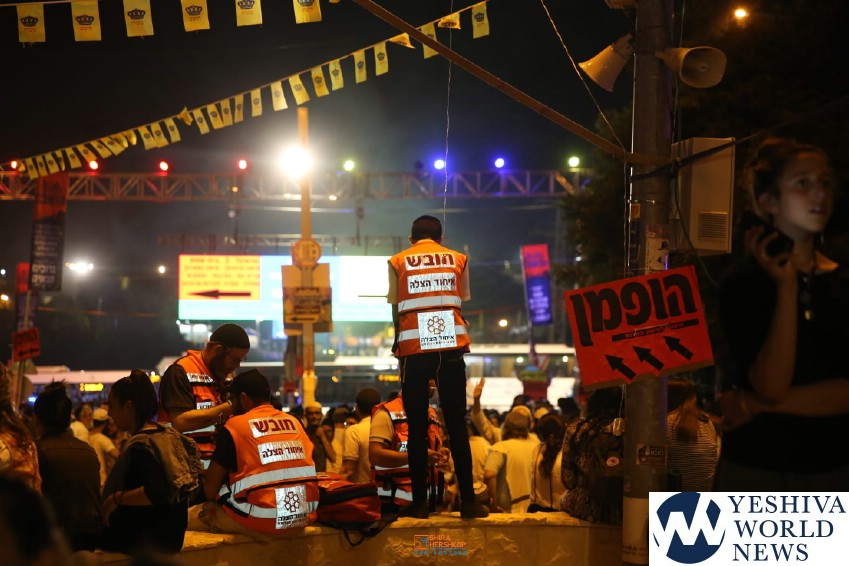 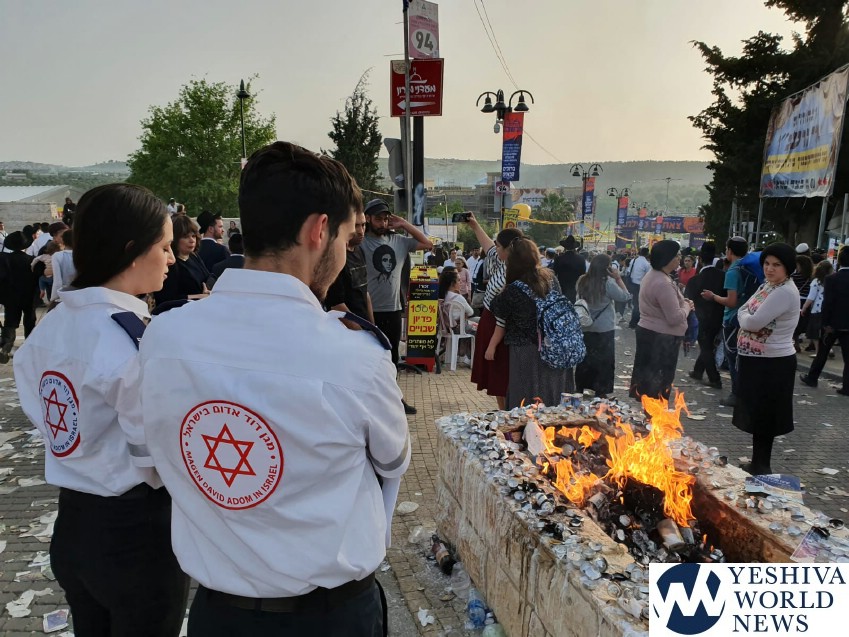