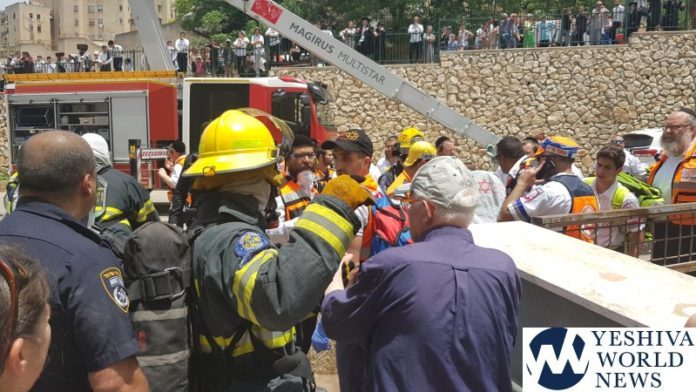 The fire in a residential building in Tzefas last Shabbos which R”L claimed the life of a 3-year-old and left 20 others injured was the result of children playing with fire.

The investigation was headed by Israel Fire & Rescue Service Commander Oscar Fuchs, who concluded the fire in the building located at 214 David Elazar Street in Tzefas on Shabbos was the result of children playing with fire.

Officials in the fire service’s northern district explain, “When the teams arrived at the fire, the mother of the trapped child called on fireman to save her son Elad. The team, from the Tzefas station, headed by Captain Aviv Ivgy and firefighter Yahav Ben Simon did not hesitate and entered the building despite the flames of hundreds of degrees. They handed the boy to medical personnel via a window and the child was transported to Ziv Hospital”.

After resuscitation efforts to save Elad, he was pronounced dead in the hospital. Other victims of the fire remain hospitalized, including Elad’s brother, who is listed in moderate-to-light condition.