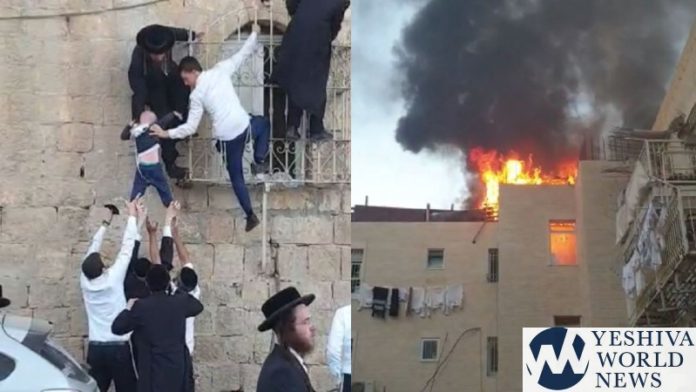 On Tuesday evening, a large fire broke out in a four-story building on Musayof Street in the Bucharim neighborhood of Jerusalem, as reported by YWN-Israel.

Five fire and rescue crews were dispatched to the site, and the firemen entered the building, as heavy smoke from burning wooden beams bellowed from the building as firemen searched for trapped persons, and fighting the fire, which came dangerously close to gas cylinders.

Fire inspectors have determined that the fire appears to have been started by children playing with fire near the stored wood at the top of the staircase. As a result, the stored wood ignited and spread to the rooftop.