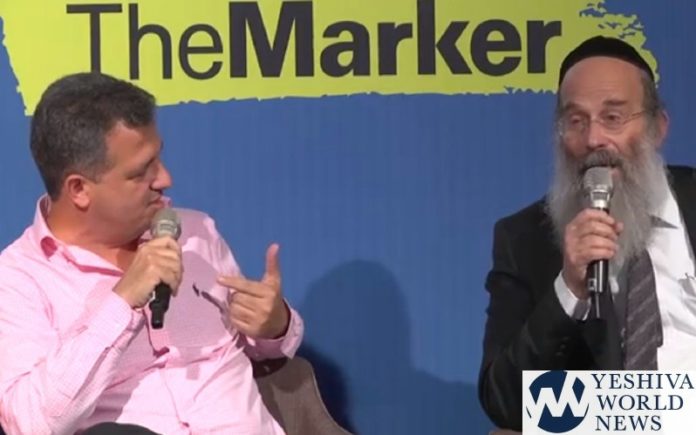 During ‘The Marker’ sponsored panel discussion, Rubinstein referred to a statement made by HaCohen before the panel discussion began, when he said “The chareidim in the city pose a strategic threat”.

In response, during the panel discussion, Rubinstein told HaCohen, “Pharaoh also said “Pen Yifrotz” (פו יפרוץ), leading to a response, “Shame on you, calling a Jew Pharaoh? You should be ashamed!”

Then, HaCohen got up and left the panel, walking out as he uttered “you remain with this man”, to which Rubinstein replied, “The chareidim represent a strategic threat? You should be ashamed!”

Mayor HaCohen has been in the news of late, as he is working to promote a secular agenda, including public buses running on Shabbos.