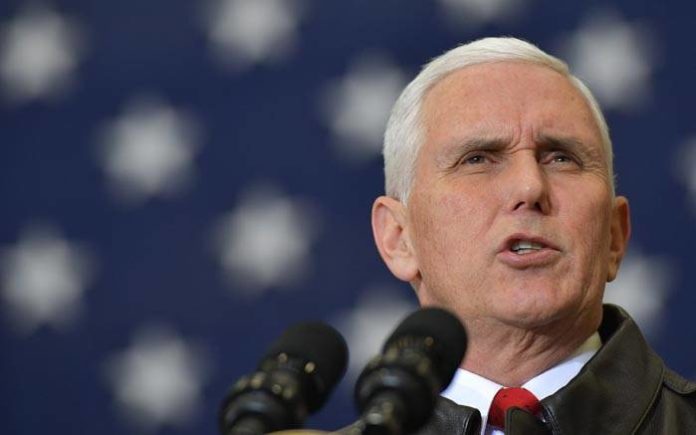 Vice President Mike Pence blasted remarks made by Rep. Alexandria Ocasio-Cortez, D-N.Y., when she declared that the U.S. was running “concentration camps” along the Mexico border.

Speaking at the Christians United For Israel summit on Monday, Pence slammed Democrats who he said “cheapened” the memory of Holocaust victims by comparing their conditions to those of illegal immigrants at detention centers, although he never referred to Ocasio-Cortez by name.

“We must never allow the memory of those lost in the Holocaust to be cheapened as a cliché to advance some left-wing political narrative,” Pence said. “Sadly, in recent weeks, that’s exactly what some Democrats have done in the national debate. Last month, a leading Democrat in Congress actually compared our U.S. Customs and Border Protection detection facilities to concentration camps.”

He continued. “To compare the humane work of dedicated men and women of Customs and Border Protection with the horrors of the Holocaust is an outrage. The Nazis took lives, American law enforcement save lives every day. This slander of law enforcement was an insult to the 6 million killed in the Holocaust.”

Ocasio-Cortez launched a national debate over using the term “concentration camps” to describe the detention centers. Many Republicans and some Democrats condemned her remarks, but she found many defenders within her party and among progressives, including House Judiciary Committee Chairman Jerry Nadler, D-N.Y.

Several Holocaust museums including the U.S. Holocaust Memorial Museum, the Auschwitz Memorial and Yad Vashem have denounced the use of such terminology.