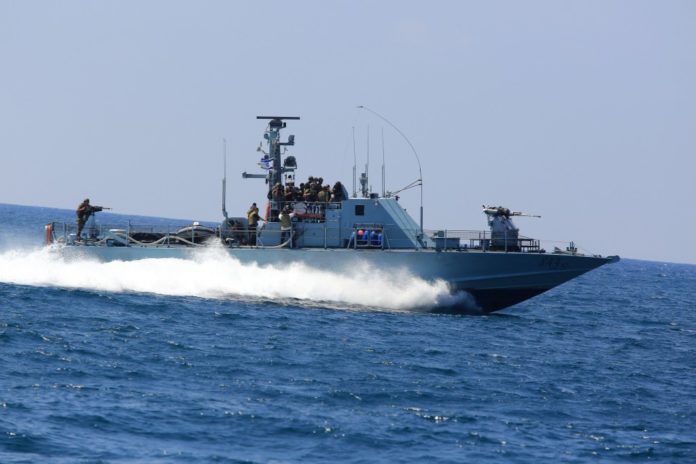 According to the Lebanon LBC news agency, Lebanon has turned to the UNIFIL force with a complaint that an Israel Navy vessel entered Lebanon’s territorial waters near Rosh HaNikra for four minutes.

LBC reported on Monday morning that an Israel Navy vessel crossed into Lebanese territorial waters for a period of four minutes.

The report comes against the backdrop of Hezbollah leader Hassan Nasrallah’s threats during his address on Al-Manar TV marking the 13th anniversary of the outbreak of the Second Lebanon War. Nasrallah spoke of his stockpile of long and short-range missiles which could strike Ben-Gurion International Airport, the ammonia tank in Haifa and other strategic targets.

Prime Minister Binyamin Netanyahu warned the terrorist leader that Israel will deliver a “crushing” strike against any Hezbollah attack against Israel.