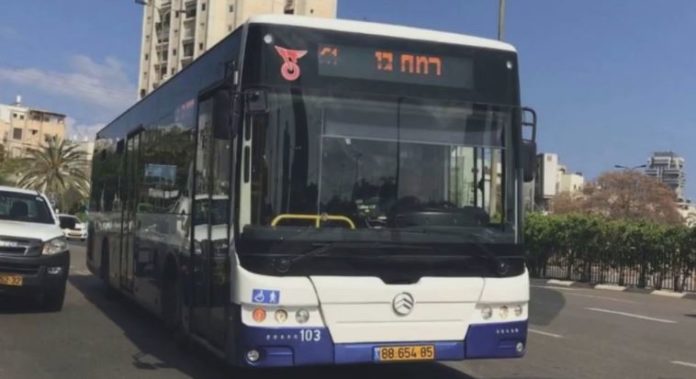 Many religious residents of Ramat Gan are quite upset over the recent city council decision to permit limited bus service on Shabbos and the City Hall decision to open the city’s newly renovated indoor pool on Shabbos.

During a hachnasas Sefer Torah, Mayor Shema HaCohen was an invited guest of honor, called upon to write a letter in the Sefer Torah” explains “Rabbi David Avraham Pressman”, as the rov explains he is working hard towards creating achdus among members of Am Yisrael.

The mayor arrived in the home of prominent businessman Roni Benker in Ramat Gan, and after writing a letter in the Sefer Torah, the Rabbi spoke, surprising many with his words of praise for the mayor.

“I do not live in Ramat Gan” stated the Rabbi as he turned to the mayor, adding, “You are doing something blessed because you reduce Chilul Shabbos in the city by means of public transportation on Shabbos instead of people traveling in private vehicles on Shabbos. You bring public transportation, with a non-Jewish driver, thereby increasing Shabbos observance in the city”.

The mayor decided to respond to the rav’s words, stating his initiative “Increases the love of Shabbos – even among the secular residents”.