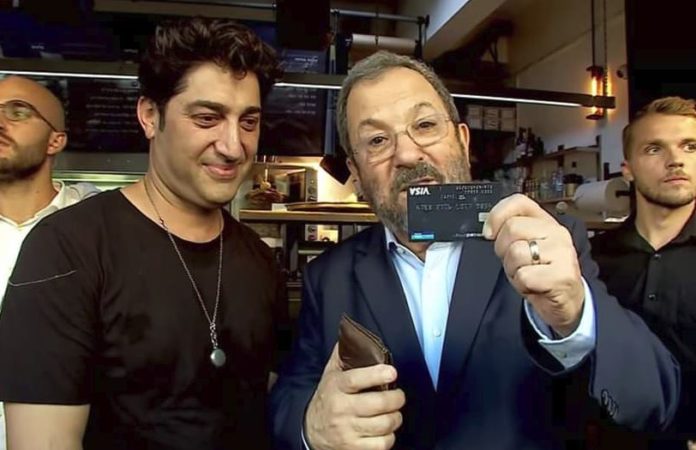 His latest campaign move has brought Ehud Barak a bit of anguish and a great deal of embarrassment.

Barak, and members of his Democratic Israel party went out for falafel at a well-known establishment in Tel Aviv. Barak was videoed taking a poke at Prime Minister Binyamin Netanyahu, explaining when one goes out to eat, one has to use one’s private credit card, which he alleges the prime minister does not have, intimating the state pays all his bills, event for private dining or he simply does not pay, referring to Case 1000 involving the Prime Minister’s Residence ordering high-end meals instead of making do with the meals supplied by the in-house chef.

He explains “This is a wallet. This is what it looks like and here is a credit card” but he did not realize he revealed sufficient credit card information that the video went viral in a very short time.

Barak announced he and his party officials pay for food and do not expect to dine without having to pay for a meal.

Maariv reports that Barak has been compelled to cancel the credit card in question.