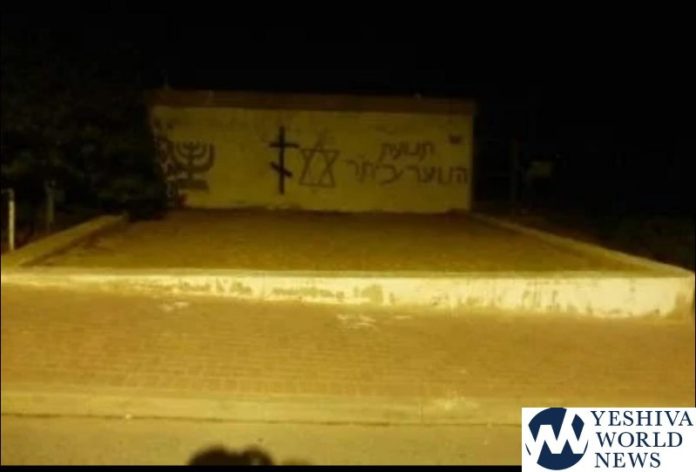 A stormy atmosphere exists in Arad following the decision to evict Gerrer Chassidim from a bomb shelter converted into a shul. On motzei Shabbos, swastikas and obscene graffiti were painted in the shelter.

A spokesman for the illegal shul explained that talks were held this past week by city officials regarding the legal status of the shul affiliated with the Gerrer Chassidus. However, a City Hall official in a media interview added that the shul should not have been established prior to going through the required process.

Police responded to the scene as the city was determined to remove the shul, in line with a decision by local officials. Chassidim were on hand in the hope of preventing the eviction of the shul.

An avreich is quoted telling Kikar Shabbos News that some secular residents appeared on Friday night and encouraged police to oust the shul despite the fact it did not bother them.

This did not occur as they hoped, and the attack occurred on motzei Shabbos. Police were called as an avreich passed by, seeing the vandals painting the shul. Police arrived immediately and apprehended the attackers in the act.

The city explains the chassidim broke into the shelter on Thursday and turned it into a shul, without authorization, pointing out the city planned to use it for its social services department.