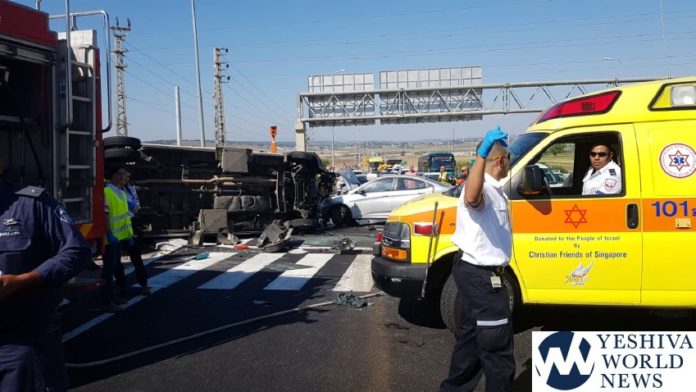 Israel Police is probing a multi-vehicle accident which occurred on Monday afternoon at Tishbi Junction in northern Israel. According to a police report, one person sustained serious injury, one moderate, and seven others sustained light injury.

As seen in an accompanying video, a vehicle heads across the intersection when it is broadsided by a minibus, resulting in the minibus flipping over.

According to the MDA report from the scene, a 50-year-male is in serious condition with multisystem trauma. He was intubated and sedated by paramedics prior to transport to a trauma center. Another victim, a 45-year-old male, sustained moderate injury and seven others were listed in light-to-moderate condition. 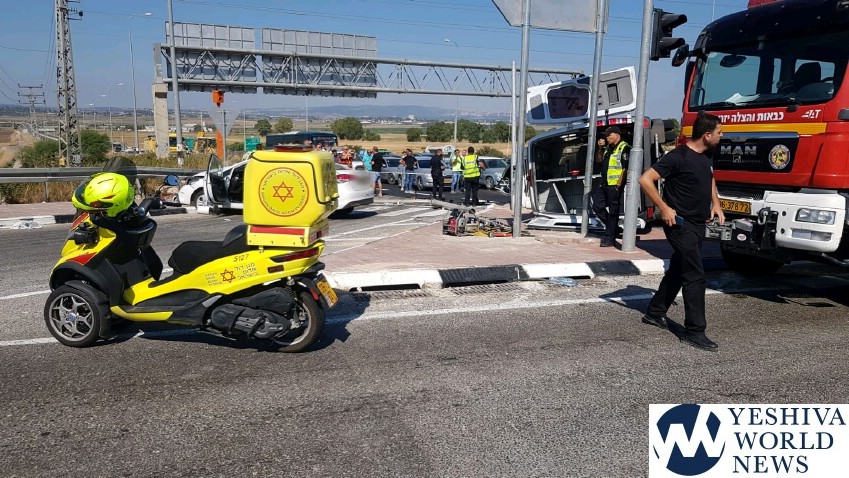