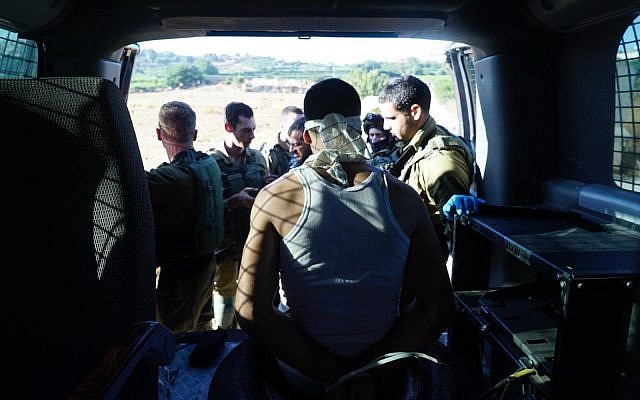 The IDF published on Sunday a visual record of the capture of the murderer of Dvir Sorek who was found murdered last week outside of the town of Migdal Oz in Gush Etzion. The record came from the helmet cam of one of the soldiers serving in the Counter-Terrorism Unit (CTU) of the Border Police who was involved in the capture.

The unit arrested two individuals who are suspected of carrying out the murder of Sorek, just days after the murder took place.

The CTU was dispatched to the region after the murder in order to take part in t he operation to catch the murderers. As the hours passed following the murder, the Israel Security Service intensified their efforts to uncover intelligence regarding where the murderers were hiding. On Friday, the ISS determined that the murderers were holed up inside one of a number of houses in the Palestinian village of Beit Kachel a town just north of Hevron.

Dozens of fighters from the CTU converged on the village and divided into a number of teams that searched the houses identified by the ISS. The soldiers searched two homes in which they found a number of suspects, including the two people, wanted for being involved in the murder of Sorek. Two of the suspects were found sleeping on the roof of one of the houses where they were immediately arrested and taken in for questioning.