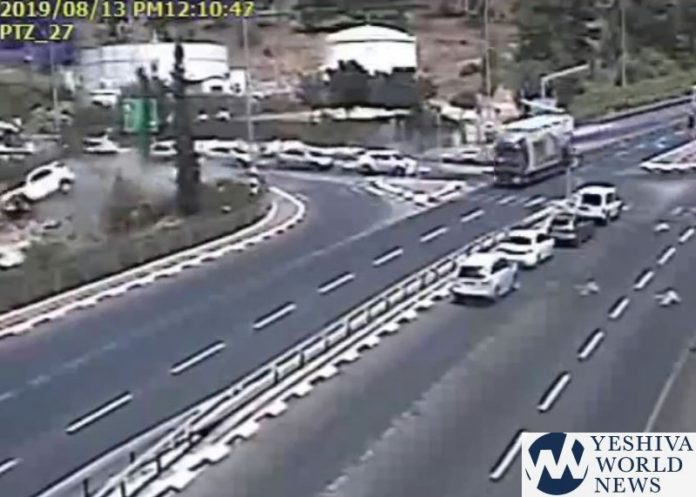 Three people were injured in an insane, single-vehicle crash on Highway 60 between Nazareth and Afula at an intersection, just past the tunnels located there.

It appears that a private jeep veered into the turn lane at high speed and couldn’t make the turn. Instead, it ran over the traffic island and flew between two cars in the adjacent lane veering out of control and landing in a ditch on the other side of the road. The reason the vehicle was traveling at such high speeds is not yet known although police have opened an investigation into the incident.

By a miracle, the jeep missed two other cars that it literally flew between while airborne and only three people were injured in the accident.

The most seriously injured of the three was a woman who is in moderate condition was airlifted to Rambam hospital in Haifa by helicopter.

Two men were injured, one in moderate condition and one lightly injured both of whom were transported to HaEmek hospital in Afula.