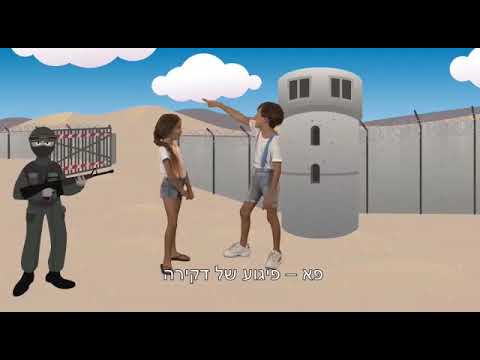 A video was published on Tuesday morning featuring the children of Gaza border communities singing the familiar aleph bet song, but their own version, that incorporates concepts from the world of the Gaza border children. While the video looks like any familiar aleph bet video, in this one, the words have been changed to tell about their plight, life amid rocket attacks from Gaza.

For example, aleph is for aish (fire), bet (incendiary balloon), gimmel (גדר גדולה) large fence, and daled (דלת של ממ”ד) door to safe room. Children ages 7-to-11 take part in the video and they hope to get their message across, to show the world what life is like for them, how it differs from children elsewhere in Israel and asking to promote the requirement that they be permitted to live a normal life like all others.

The video was produced by the Israel Victory Project, which in recent weeks has been leading a campaign calling on the incoming administration to reach a decision regarding Hamas and a cessation of the conciliatory policy of the current Israeli government regarding Palestinian opposition and refusal.