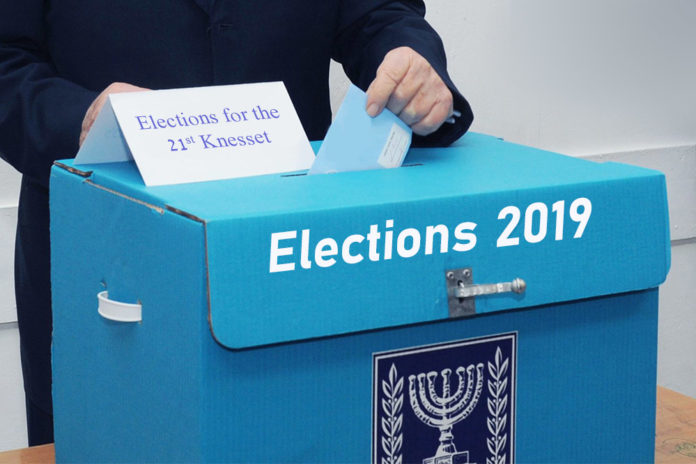 Smotrich: A Vote for Otzma Yehudit is a Vote for a Left-Wing Coalition

Transportation Minister Betzalel Smotrich is calling on right-wing voters not to cast a ballot for Otzma Yehudit, for doing so will result in 100,000 votes being trashed, as was the case in previous elections when the party failed to reach the minimum electoral threshold to enter Knesset.

The relationship between the two right-wing parties is not a cordial one, as Ben-Gvir and his colleagues accuse Bayit Yehudi as having sold out on may key issues, while Bayit Yehudi is warning voters not to waste their votes in the upcoming election.

In this tweet, Blue & White tells the nation if elected, the nation may feel secure regarding security and defense issues, with three former IDF commanders at the top of the party.

Ben-Gvir: Otzma Yehudit Will Not Drop Out of the Election Race

Attorney Itamar Ben-Gvir, running for Knesset on the Otzma Yehudit list, insists that despite the polls showing he will not reach the minimum threshold to enter Knesset, the party will not abandon its campaign, and will take it to the end.

Transportation Minister (Bayit Yehudi) Betzalel Smotrich is pointing an accusing finger at Ben-Gvir and his party for “throwing 100,000 [right-wing] votes in the trash”, calling them irresponsible for not withdrawing from the race.

Ben-Gvir fired back that it is not he who is not going to get into Knesset, but Naftali Bennet and Ayelet Shaked, who have now brought Smotrich on board. He adds “today it is clearer than ever, that without Otzma Yehudit, there will not be a right-wing government.”

Ben-Gvir explains that his party “will provide a security net for PM Netanyahu to remain in office, because there is no alternative. I don’t want to see a left-wing government established by Gantz. I will not agree to join a government of Lapid and Gantz, which Bennet is capable of doing. If we get 4-5 mandates, Netanyahu will want us in the coalition and not a security net. Our condition to enter the coalition are significantly more rigid. From our perspective, what was will not be. I will not enable a coalition that gives protection [money] to Hamas…”