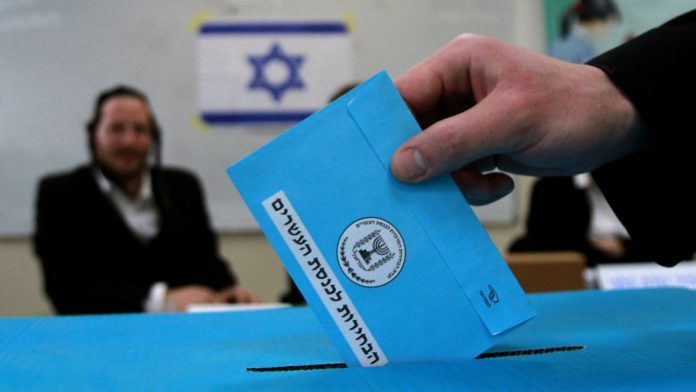 Deal Revealed Between Feiglin and the Likud Party

After Moshe Feiglin announced his party was dropping out of the race for 22nd Knesset, aware it does not stand a chance of meeting the minimum election threshold to enter Knesset, his party, Zehut, revealed details of the deal with the Likud party.

The party approved the deal by a 77% vote, in which 1165 approved it and 319 voted against it. There were 25 abstentions. The vote took place on Sunday, via SMS or email. There was a 73% voter turnout for the vote to ratify the deal with Likud.

Feiglin, who secured himself a post in the next government if headed by Prime Minister Binyamin Netanyahu, announced the deal will permit Zehut to implement its platform.

In return for dropping out of the race, Likud will cover Zehut’s debts, but only for new debts and not those incurred prior to the signing of the agreement. Likud agreed the Knesset would legislate a law to legalize medical cannabis and that Feiglin would be appointed as a cabinet minister dealing with the economy.

Despite the report, in an interview after the deal was signed, Feiglin told the dati leumi Srugim website that he does not know “what senior position he will receive in the Netanyahu government”. He added that he understands most of the registered party members realize the deal permits the party to realize its platform and continue developing the party.

It appears that with two weeks to the Knesset elections, the Otzma Yehudit party continues to gain support, and is now about 10,000 votes from reaching the minimum election threshold to enter Knesset.

According to election polls released on Sunday evening, Otzma Yehudit has reached 2.9% of the vote and this means it is only 10,000 votes short of entering Knesset with four seats. Another poll, conducted by Prof. Camil Fuchs for News13, places Otzma Yehudit at 2.8%.

The poll shows that Likud receives 31 seats, the Yemina party with 10 seats and the chareidi parties; Shas and Yahadut Hatorah, with a combined 13 seats. This would bring the total to 54 seats, and even with Otzma Yehudit’s 4 seats, Avigdor Lieberman and his Yisrael Beitenu party would still be required to reach the minimum 61 seats for a simple majority in Knesset.

In the following election add, Blue & White party leader Benny Gantz states PM Netanyahu no longer has a moral mandate to lead the nation due to the mounting corruption charges and police investigations against him.

In this Likud ad, PM Netanyahu promises the Immigration & Absorption Ministry will be in Likud hands after receiving the votes of the Russian-speaking community.

MK Moshe Gafne to MK Avigdor Lieberman: How big a hypocrite can you be? I cannot say that I will not go with Lieberman for tomorrow he might be back with us again, the chareidim. When I spoke with him, he was about one-half with us…

MK Avigdor Lieberman continues his call for a broad nationalistic liberal coalition government without the chareidim and the meshichistim.