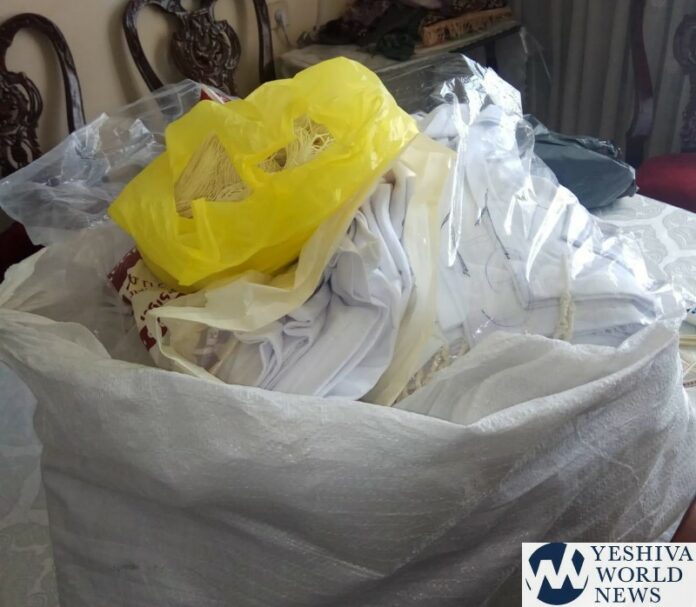 Police announce that they prevented the sale of 250 pairs of pasul tzitzis. This was the result of receiving a complaint from the Chief Rabbinate of Israel, stating they fear of someone selling tzitzis which are not kosher.

Police began a probe and learned an individual was selling ‘mehadrin tzitzis’, which in actuality, were not tied in accordance with halacha, but tied by goyim, in this case, foreign workers.

As police moved ahead with the case, sufficient evidence was gathered for a search warrant, and on Wednesday, police arrived at the Ohr Yehuda apartment of the suspect and found 250 pairs of tzitzis in the preparatory stages, alongside a bag of the actual tzitzis threads without the garment. It is believed the tzitzis threads themselves are not kosher.

The 60-year-old man present in the apartment was taken into custody. This led to two additional arrests in the case. 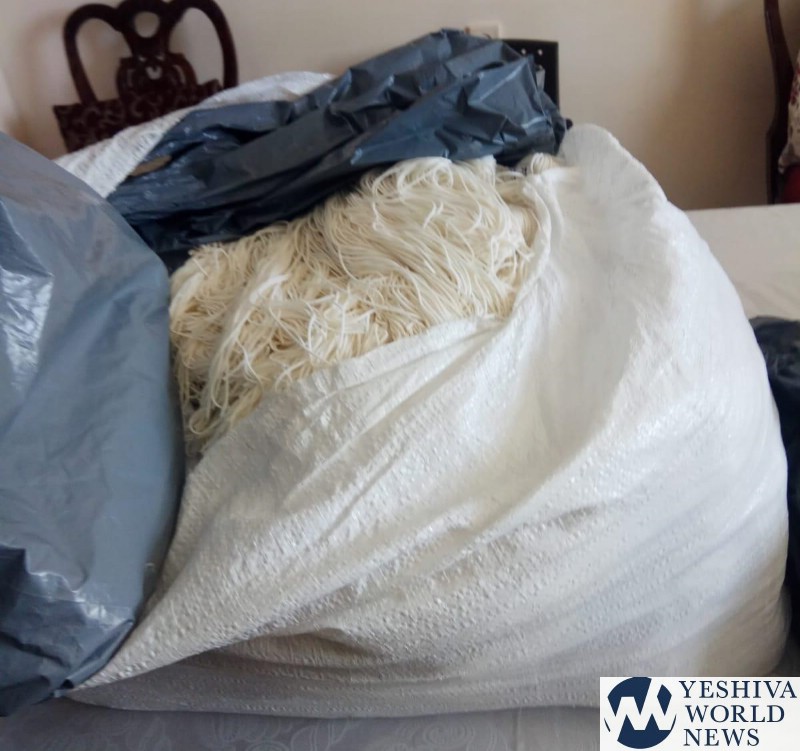