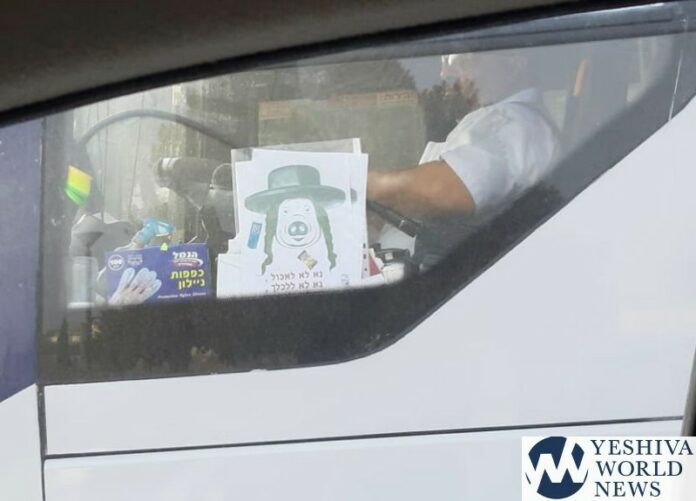 The bus company Kavim which operates in numerous cities throughout Israel decried the actions of one of its drivers on Thursday after the driver hung a drawn image of a Chareidi man with the face of a pig on the window of his bus. The sign had writing on it which read: “Please do not eat, please do not make a mess.”

The image was on the bus that traveled the route of 881 through the city of Modi’in and was photographed by a pedestrian. The woman sent the image to the Honenu organization with a request to help her submit a complaint against the driver and the company.

Attorney Menashe Yado from Honenu sent an urgent letter to the company and to the police asking them to open an investigation into the incident. “This is a photo that screams a racist message against the Chareidi populace,” wrote Yado. “Kavim can not be allowed to pass on anti-semitic messages such as this on their busses as its effects are far more reaching than that of having such an image on private vehicle.”

Kavim responded with a statement that said: “We are shocked to see this photo which was brought to our attention by the media. We are deeply distressed by the racist image. The driver is being summoned for a formal hearing prior to his termination and we will carry out the full procedures necessary against his actions The company is proud of the opportunity it has been given to provide service to the Chareidi community and we pride ourselves in the coexistence the permeates our organization among all of our staff and drivers. We will continue to strive towards the goal of mutual respect and understanding in the future with emphasis against hurtful imagery such as this.” 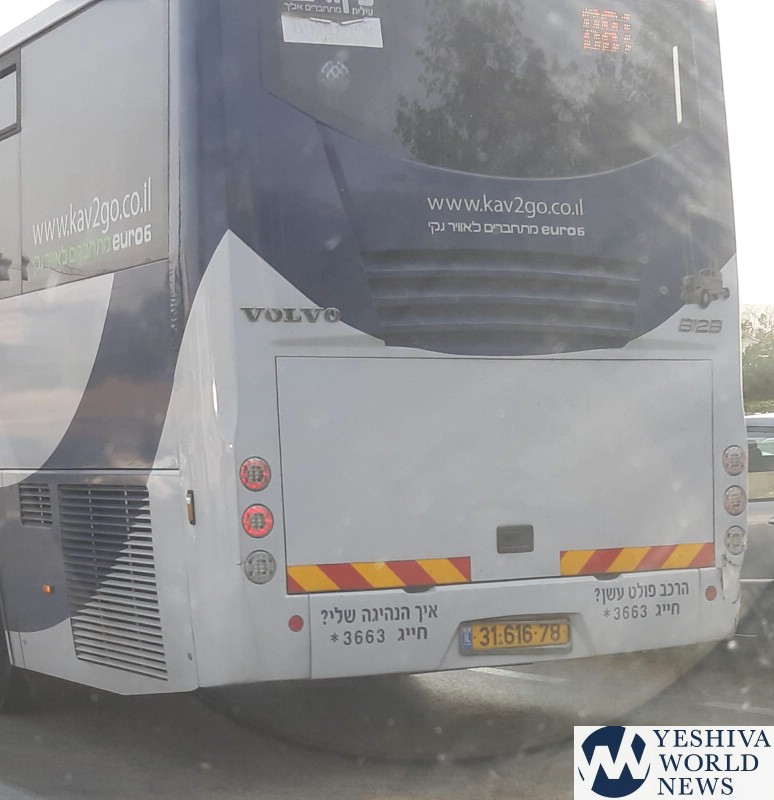