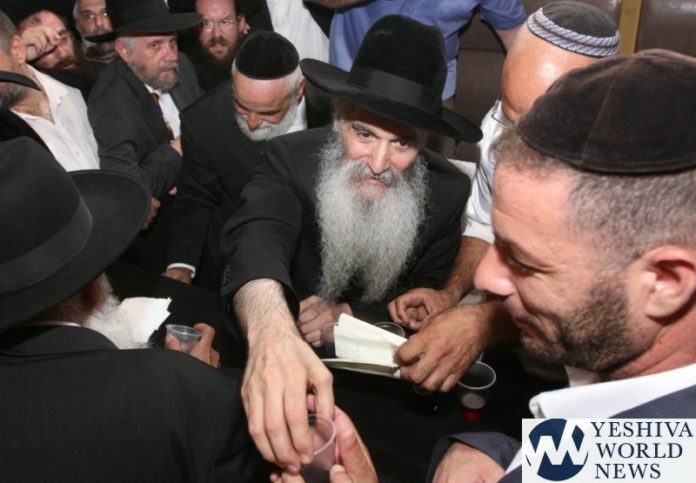 A man armed with a knife was arrested in the Yeshiva of the Mekubal HaRav David Abuchatzeira in Nahariya on Motzei Shabbos.

According to multiple reports, a 40-year-old man arrived swearing and cursing at Yeshiva Abir Yaakov, and tried getting his way close to the Mekubal, with intentions of stabbing him.

Gabboyim of the Rav managed to prevent the man from getting closer and police were called. A knife was found on him.

The man was reportedly arrested a few years ago after he tried entering the same building armed with a knife as well. he was hospitalized in a psychiatric hospital at the time.

He reportedly is upset that the Mekubal’s Brachos (blessings) did not come true.

The incident today triggered flashbacks in the Abuchatzeira family, as his brother, “Baba Elazar”, Rav Elazar Abuchatzeira ZATZAL of Be’er Sheva, was stabbed to death by a man named Asher Dahan as was reported in live time by YWN in July 2011.

YWN reported in January 2014 that Dahan was given a life sentence in prison for the murder.