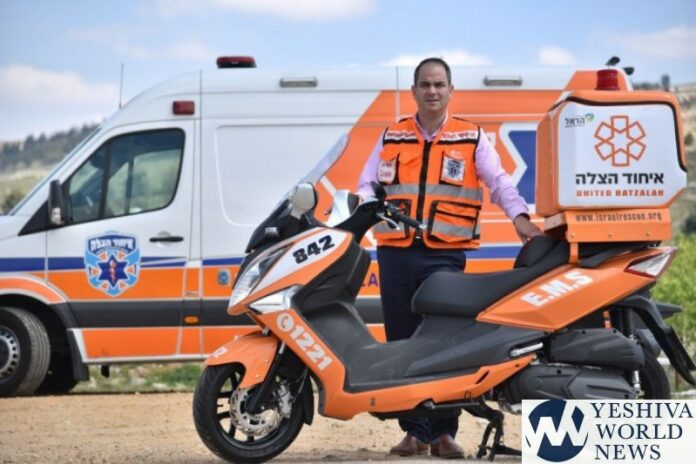 On his way to a dinner in London, the president of United Hatzalah, Eli Beer, performed CPR on a cardiac arrest victim in Ben-Gurion International Airport.

Beer, who was on his way to London for a fundraising event, was present in the airport when a woman collapsed and was in cardiac arrest. Beer began CPR until additional emergency medical personnel arrived on the scene.

Beer told the press, “Just after I passed through the security checkpoint at Ben-Gurion I heard people screaming for help. I rushed over to the crowd which was just in front of me and found an 80-year-old Arab woman who was surrounded by her children and had collapsed and was unconscious. She had no pulse and was not breathing. I immediately began CPR and called our dispatch center and asked them to send an intensive care ambulance and other first responders to my location. A volunteer paramedic from United Hatzalah who works as part of the medical team in Ben-Gurion also joined and together, we continued the resuscitation. The woman was taken by ambulance to the hospital and as they were the loading the woman onto the stretcher, I gave her children each a hug and tried to comfort them.”