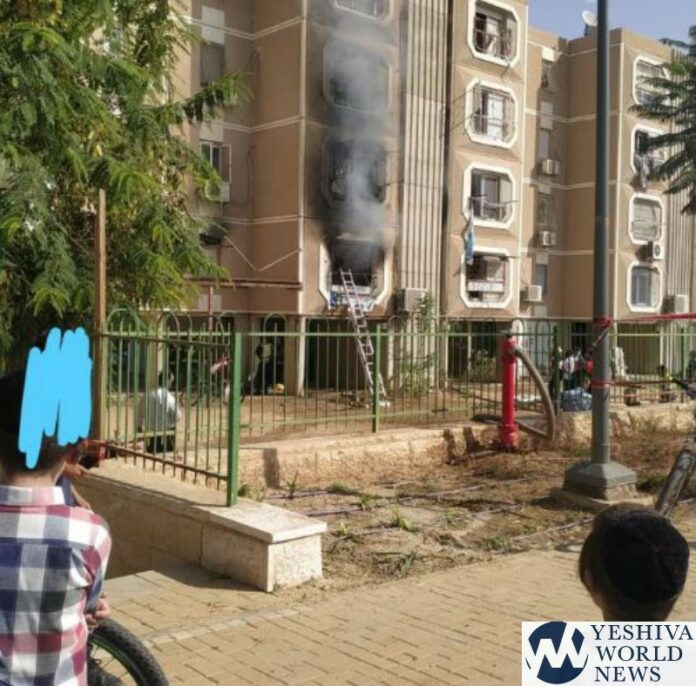 The father of the family, a 50-year-old avreich, was hospitalized in the beginning of the week as he battles a difficult illness which was diagnosed a year ago. His condition worsened and he was hospitalized this week in Tel Hashomer Hospital.

On Thursday morning, the family’s apartment was totally destroyed in a fire.

The fire broke out in an apartment in a four-story building on HaTayasim Street in the Ben-Gurion neighborhood of Ofakim. B’chasdei Hashem, the fire department responded in a timely fashion and firefighters extricated them from the burning apartment. The father, who remains hospitalized, is unaware the family lost everything.

The wife decided not to tell her husband of the tragedy. The family belongs to the kehilla of HaGaon Rav Pinkas, Kikar Shabbos reports.

A family member explained that the avreich has a growth in his head R”L and his apartment burned down while the wife and their daughter were at home. They are left with nothing Rav Yonatan, a brother-in-law explains. He refers to his hospitalized brother-in-law as “a talmid chacham who has been learning for 25 years.”

The tzibur is asked to be mispallel for Yehuda ben Bracha for a refuah shleima bsoch cholei yisrael.