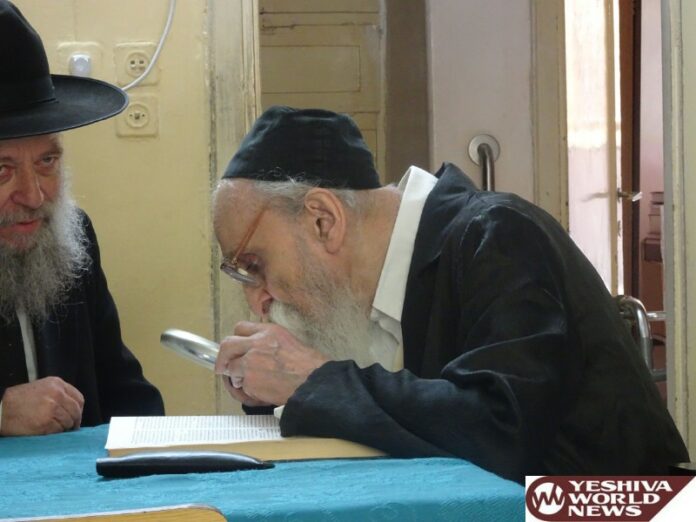 Tefilos are requested on behalf of Rosh Yeshivas Brisk, HaGaon HaRav Meshulam David Halevi Soloveitchik, who is admitted to an intensive care unit and reportedly in need of Rachmei Shomayim.

According to reports from Hadassah Ein Kerem Hospital in Jerusalem on Thursday afternoon, there has been a significant deterioration in the condition of the Rosh Yeshiva, who was transported to the hospital earlier in the week after complaining of not feeling well.

Rav Soloveitchik, who is 98, has pneumonia and a liver infection, BeChadrei Chareidim reports, and as a result, his condition is reported as “extremely serious”, and he is being treated in the ICU.

Tefilos are being recited in his yeshiva, at the kever of his father, the Brisker Rov ZT”L in Har Menuchos, and at Kever Rochel. The Badatz Eida Chareidis released a letter calling on the tzibur to be mispallel for Meshulam David ben Alta Hendel bsoch cholei yisrael.