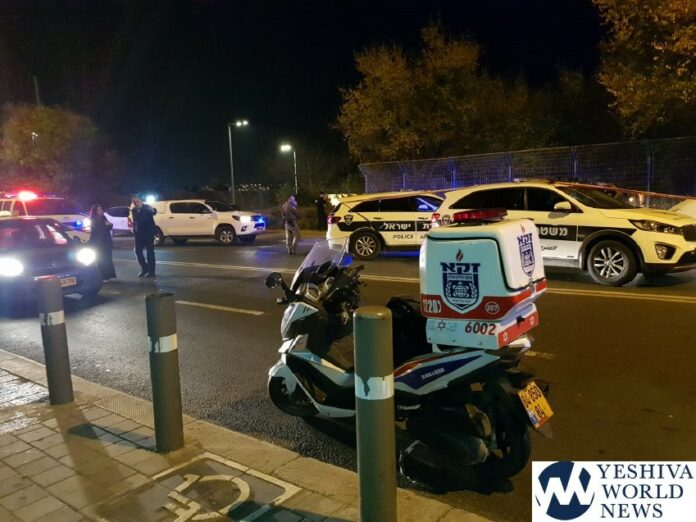 Police during the night received calls for a suspicious vehicle in the Katamon neighborhood of the city. Police responded and determined the owner of the vehicle is wanted by police for questioning. When police approached the vehicle, the driver sped off, endangering police personnel by his actions.

Police began pursuing the suspect and he was apprehended after a police vehicle blocked Derech Chevron, hoping to apprehend the suspect. The suspect rammed police and damaged two police vehicles and two private vehicles. One officer fired at the suspect’s vehicle during efforts to stop him.

As a result, the suspect, a male in his 40s, was moderately wounded and transported in an MDA ambulance to a local hospital. One policeman was injured during the chase as well.

Police have launched an investigation.