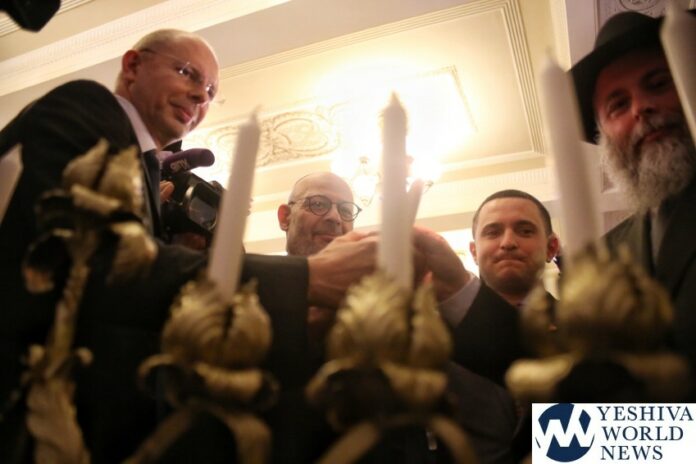 On Friday, ahead of Chanukah, Verkhovna Rada in Kiev hosted a special Chanukah candle-lighting ceremony. This is the first event of its kind since the election of new Ukrainian parliament and Vladimir Zelensky’s victory in presidential elections. Conceived by Chief Rabbi of Kiev Yonatan Markovich, 200 participants gathered to participate in the event, including Israeli Ambassador to Ukraine Joel Leon, Israeli Honorary Consul Oleg Vishnyakov, Co-Chairs of the group on inter-parliamentary relations with the State of Israel, Aleksander Kunitsky and Daniil Getmantsev, and over 80 lawmakers representing various factions of the parliament.

“As a Jew born in Ukraine during a dark time in Jewish history, the grandson of Holocaust survivors, and the rabbi of Kiev, I am proud to stand here today in the country’s parliament on behalf of Ukraine’s Jewish community,” said Rabbi Markovich. “Chanukah represents the victory of the Jewish people over a vast empire. It was possible because we were united and put our trust in G-d. A parliament is an institution that unites all the people of Ukraine. Everyone has a different viewpoint, but we must always stay united, if we want to defeat our enemies.”

The event in Verkhovna Rada is the first one to open a series of celebrations across the country. Thousands of Jews are expected to attend Chanukah festivities, scheduled to take place in Kiev, Odessa, Dnepr, Lviv, and Kharkov. 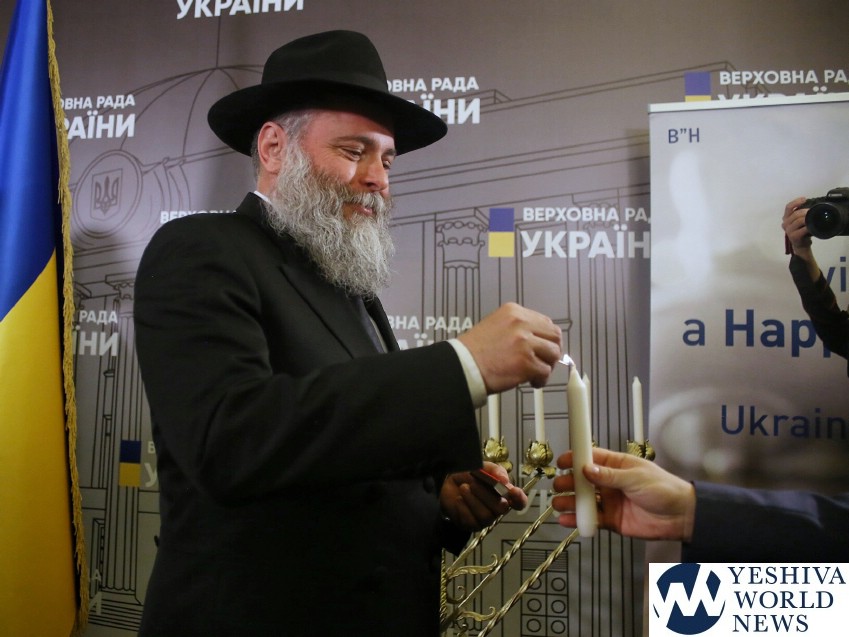 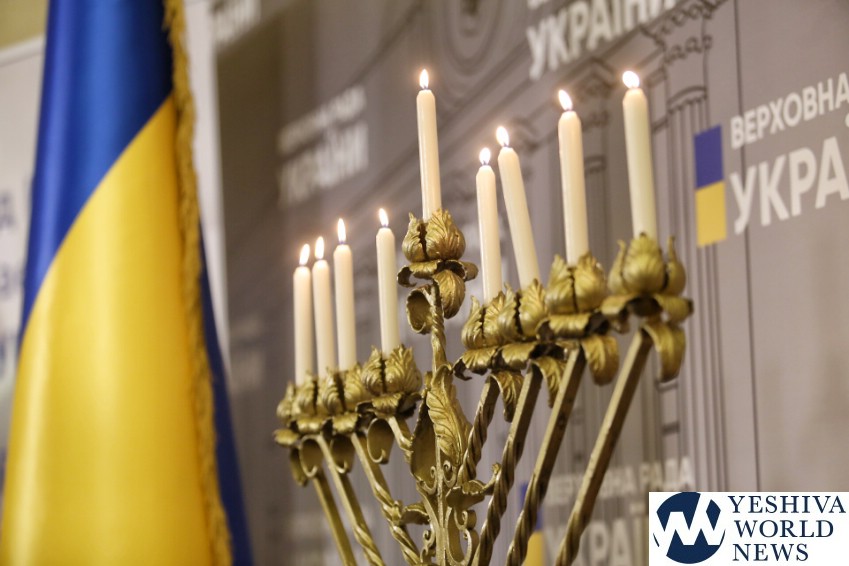