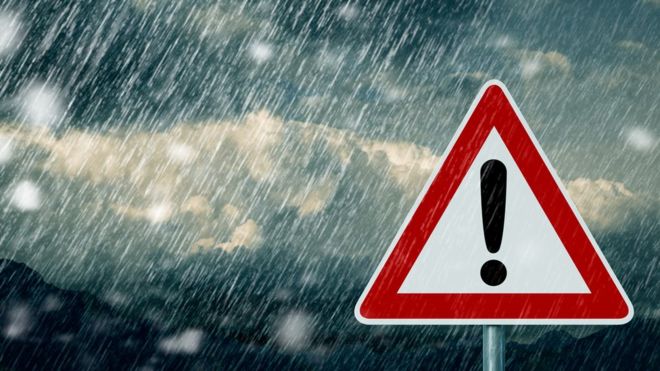 If you are planning a hike or outdoor activities this Chanukah in Israel, then you might want to change your plans or do it today, Monday, as the weather is about to change radically and winter is returning big time, with rainfall predicted for the next days.

The spring-like weather over recent days was a treat, but soon, it will be a distant memory and rain and thundershowers are predicted from the north to the northern Negev and snow accumulations are expected on Mount Hermon.

Today, Monday, the weather is expected to remain unchanged, providing another unseasonably warm and pleasant day. Towards Monday evening, strong winds will be bringing the next winter storm, which will begin on Tuesday according to forecasters.

Temperatures will begin dropping and winds will increase in intensity. During the day, skies will become hazy and in southern Israel, local sandstorms are expected. Towards evening on Tuesday, the rain will begin in northern Israel.

Wednesday
Wednesday’s forecast is a stormy one, with rainfall in the north moving south during the day to the center of the country with occasional thundershowers and wind gusts. Ranging from 40-50 KPH (24-30 MPH), and at times, reaching 70 KPH (42 MPH). There are flood warnings in areas prone to flooding; along the coast and in the Shvelah. In southern Israel, there will be sandstorms and during the evening hours, the rainfall will continue moving south towards the northern Negev.

Thursday
Thursday’s forecast calls for a stormy day with rainfall from the north to the central Negev, accompanied by thundershowers and strong winds. Flood warnings will be in effect in southern and eastern areas. Temperatures will continue dropping and snowfall will begin accumulating on Mount Hermon atop the Golan Heights.

Erev Shabbos
Friday’s forecast calls for a continuation of the colder temperatures with rain diminishing in intensity during the day. Rain is predicted for Shabbos, Sunday and Monday as well.