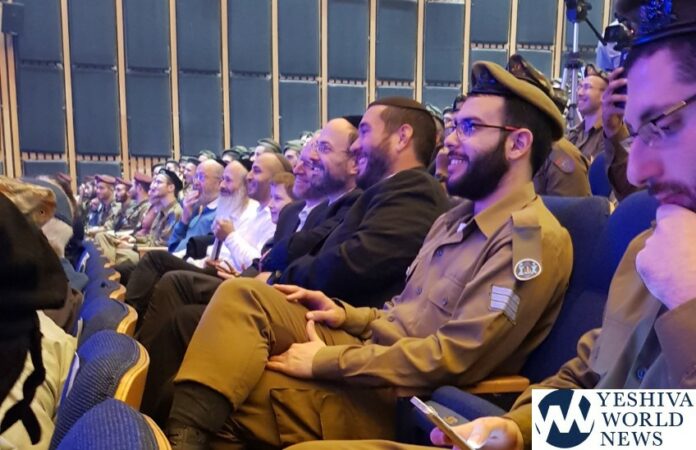 Some 1,000 chareidi soldiers took part in an atzeres in Tel Aviv marking 20 years since the establishment of a chareidi track in the IDF, paying a tribute to the unit, its soldiers and officers, as well as all who made the chareidi track possible.

The first Chanukah candle was lit during the event, which was run by the IDF ‘Minhelet Chareidim’, which operates in the IDF Personnel Division, commanded by Lt.-Colonel Telem Hazan. Also participating in the event were officials from the Defense Ministry and those working in to recruit chareidim into the military. The special event was of course coordinated with the Netzach Yehuda Association NGO.

Duvdevani addressed the soldiers: “You are the bridge between the chareidim and the secular residents in the State of Israel. You are the best battalion in the brigade. Opponents in the chareidi community must remember that when they sit safely at the Shabbos table and enjoy zemiros, you are watching over them in ambushes, patrols and lookouts”. Duvdevani called on leaders of the chareidi tzibur, “Give your young the ‘birchas haderech’ to move ahead. All of the talmidei chachamim who are capable and willing to learn in yeshiva should continue their limud. They should continue studying and maintaining Am Yisrael with their limud. However, all those who do not study will enlist. The IDF and the state need them, they are the future. Their contribution is not only to the army and the state. Their contribution is also the chareidi society to which they belong.

Since the start of the special chareidi enlistment track in January 1999, in which 31 chareidim enlisted as infantry soldiers in the Netzach Yehuda Battalion, thousands have enlisted in the chareidi combatant track over the years.

In recent years, two additional frameworks have been set up for infantry soldiers in the Paratroopers Brigade and Givati Brigade, recruiting about 1,000 fighters each year. They are currently serving 32 months, including two years of active military service in the chareidi units and eight months of schooling – what is called the ‘Maof’ year, which stands for excellence, future and personal development (מעו”ף (מצוינות, עתיד ופיתוח אישי)). The year prepares them for integration into civilian employment market after service.

CEO of the Netzach Yehuda NGO, Mr. Yossi Levi, who is also a graduate of the track, added, “This evening, together with about a thousand combat soldiers who have chosen to serve in the chareidi tracks, proves the success of the chareidi youth integration project without changing the values with which they come from. The past 20 years make it possible to see the full process, until their impressive success in academia, society and the community”. 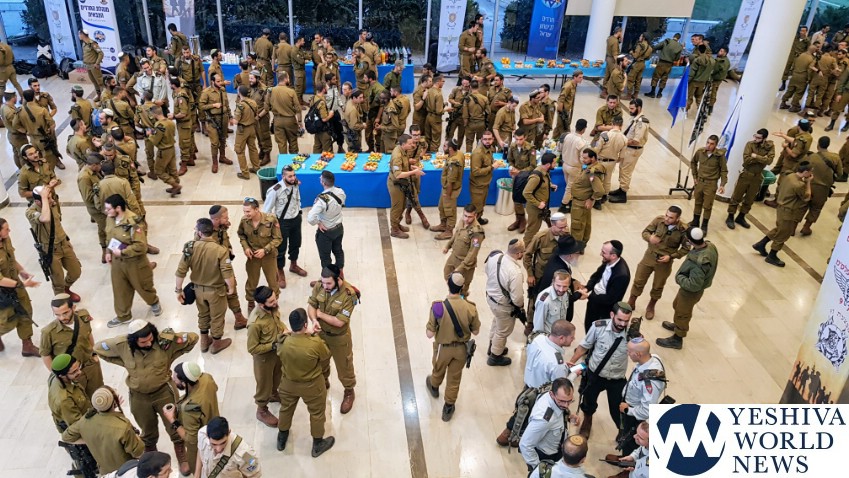 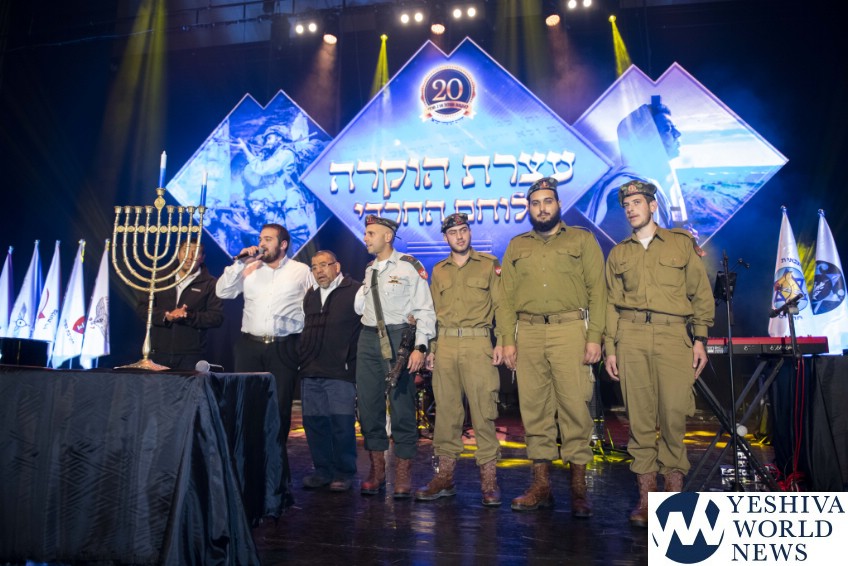 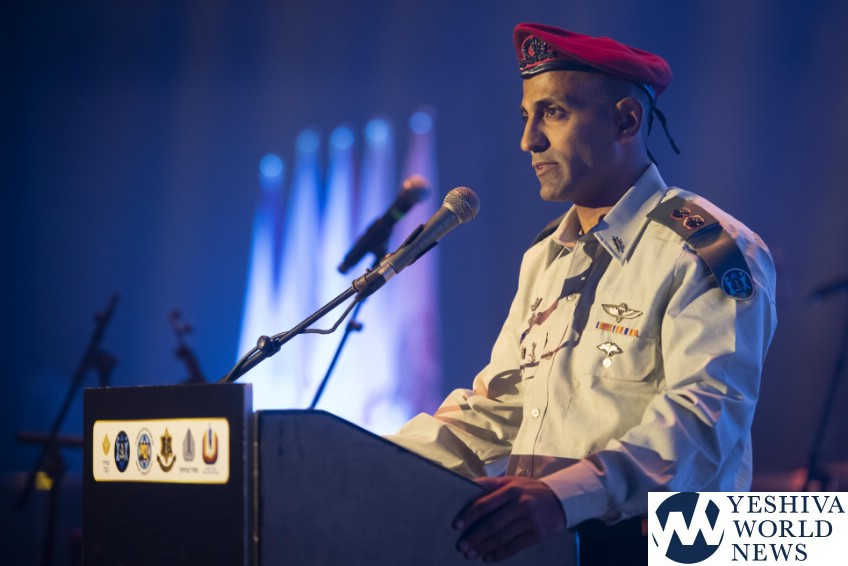 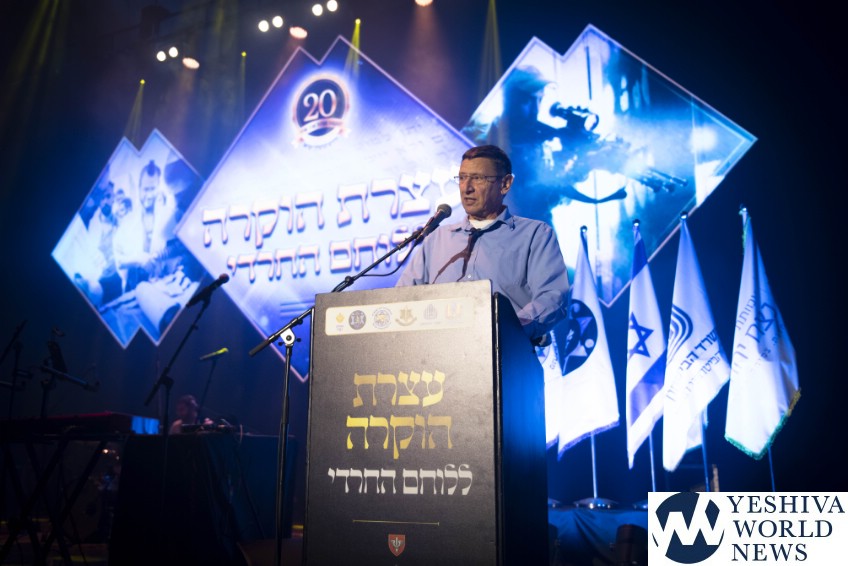 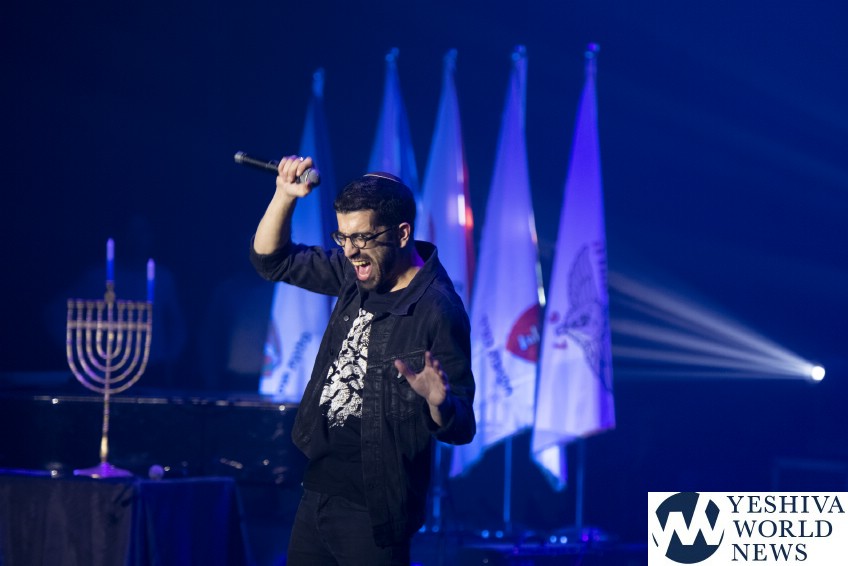 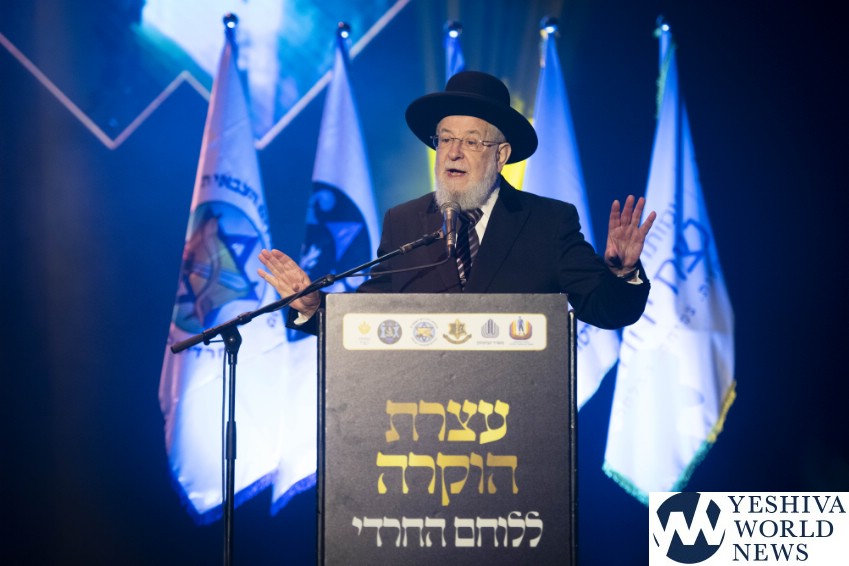 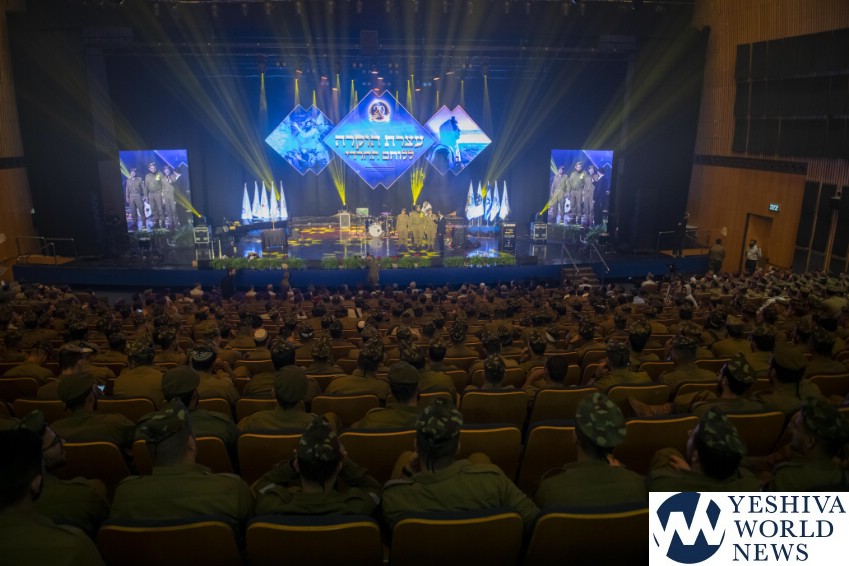