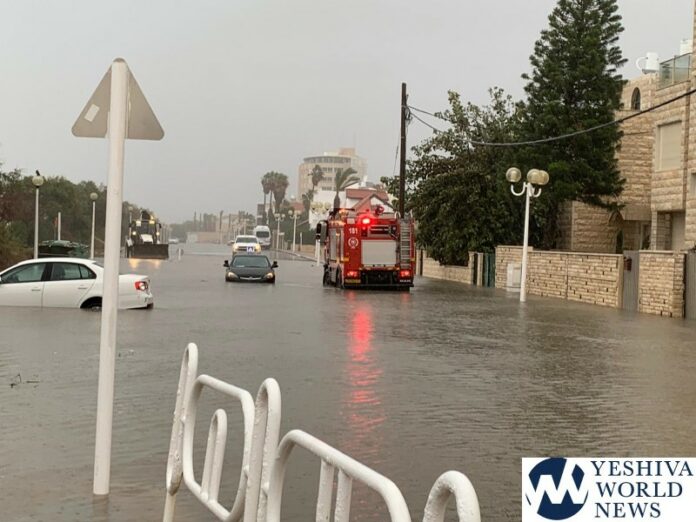 Firefighters in Nahariya on Wednesday morning, under the command of Mutzfi Chezi extricated the occupants of a private vehicle that became trapped in a flooded area which was about a meter (1.5 yards) tall.

B’chasdei Hashem all of those rescued are well. Following the incident, police closed down the area.

A severe winter storm began on Wednesday and is working its way from the north to the northern Negev. The storm is accompanied by heavy winds and thundershowers. The storm is expected to continue through Thursday, and the rain will then begin tapering off.

Winds became so powerful that the Port of Haifa closed to all incoming vessels during the early afternoon hours on Wednesday.