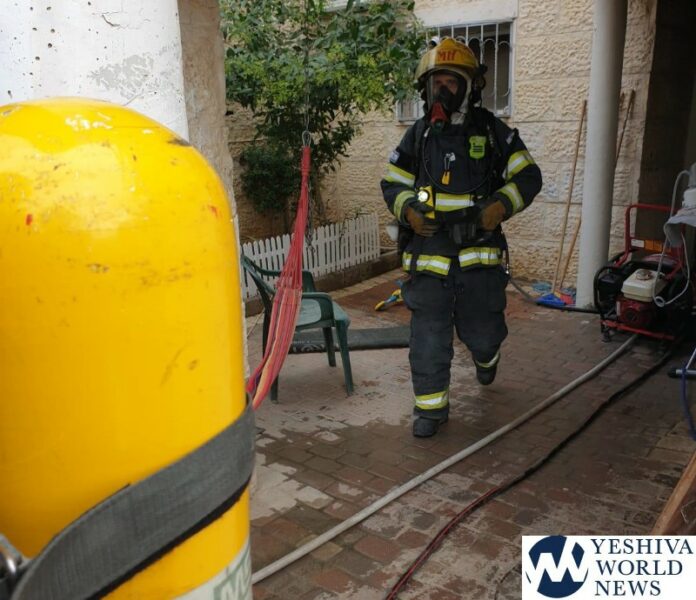 Six fire trucks responded to a Thursday morning house fire on Rival Street in Ramat Beit Shemesh. The fire was on the first floor of the building. Fire department officials explain when they arrived, the building was full of smoke and they immediately began combing the building to make sure no one was trapped inside.

MDA reports transporting four victims to Tel Hashomer Hospital, including a two-year-old boy who was conscious and listed in moderate condition with burns to his upper body. Other victims include a 54-year-old man, a 25-year-old woman and a one-month-old boy; all with light injuries.